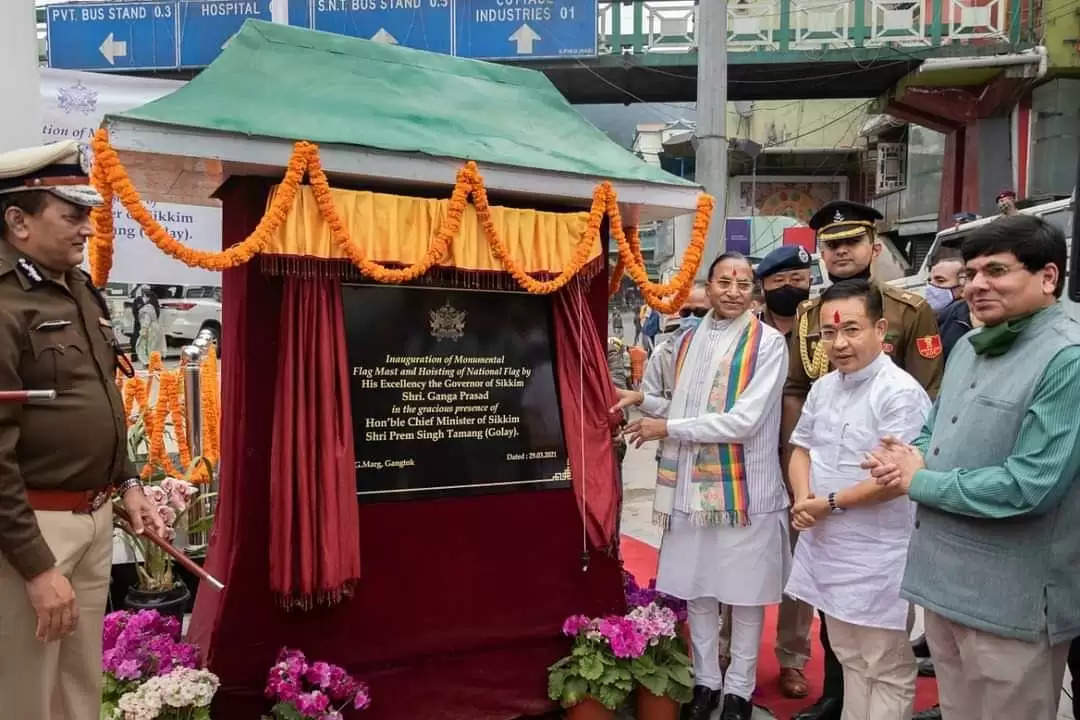 Mahatma Gandhi Marg, located in the heart of Gangtok, now has a monumental flag mast.

The 104-ft tall mast was formally inaugurated on Tuesday by Sikkim Governor Ganga Prasad in the presence of Chief Minister Prem Singh Tamang and other officials.

The Governor unveiled the plaque and hoisted the national flag to the tune of the National Anthem played by the Sikkim Police band.

The new landmark, constructed by the State Roads & Bridges Department, is located at the entrance of MG Marg.