A case has been registered at Chumukedima police station. 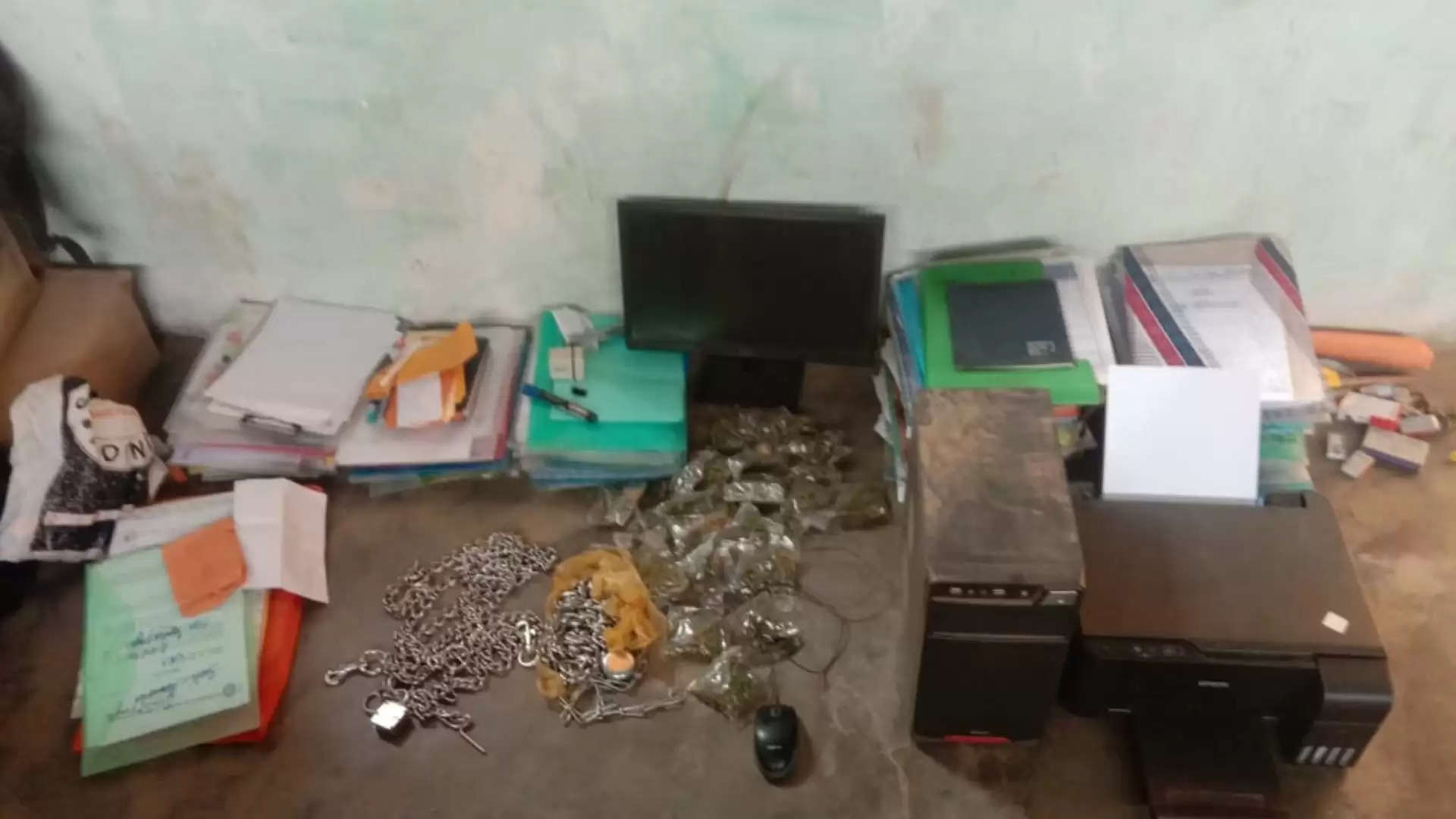 Nagaland Police, on April 4, raided an unauthorised office of the NSCN (IM) at Diphupar ’B’ village G-Khel in Dimapur, following complaints that a truck driver was being illegally detained.

Many documents, registers, computer sets, furniture, stamps and four chains were seized during the raid.

A case has been registered at Chumukedima police station.