Neiphiu Rio said that they made progressive achievements, despite the government having bogged down with an entire year of battling the global pandemic. 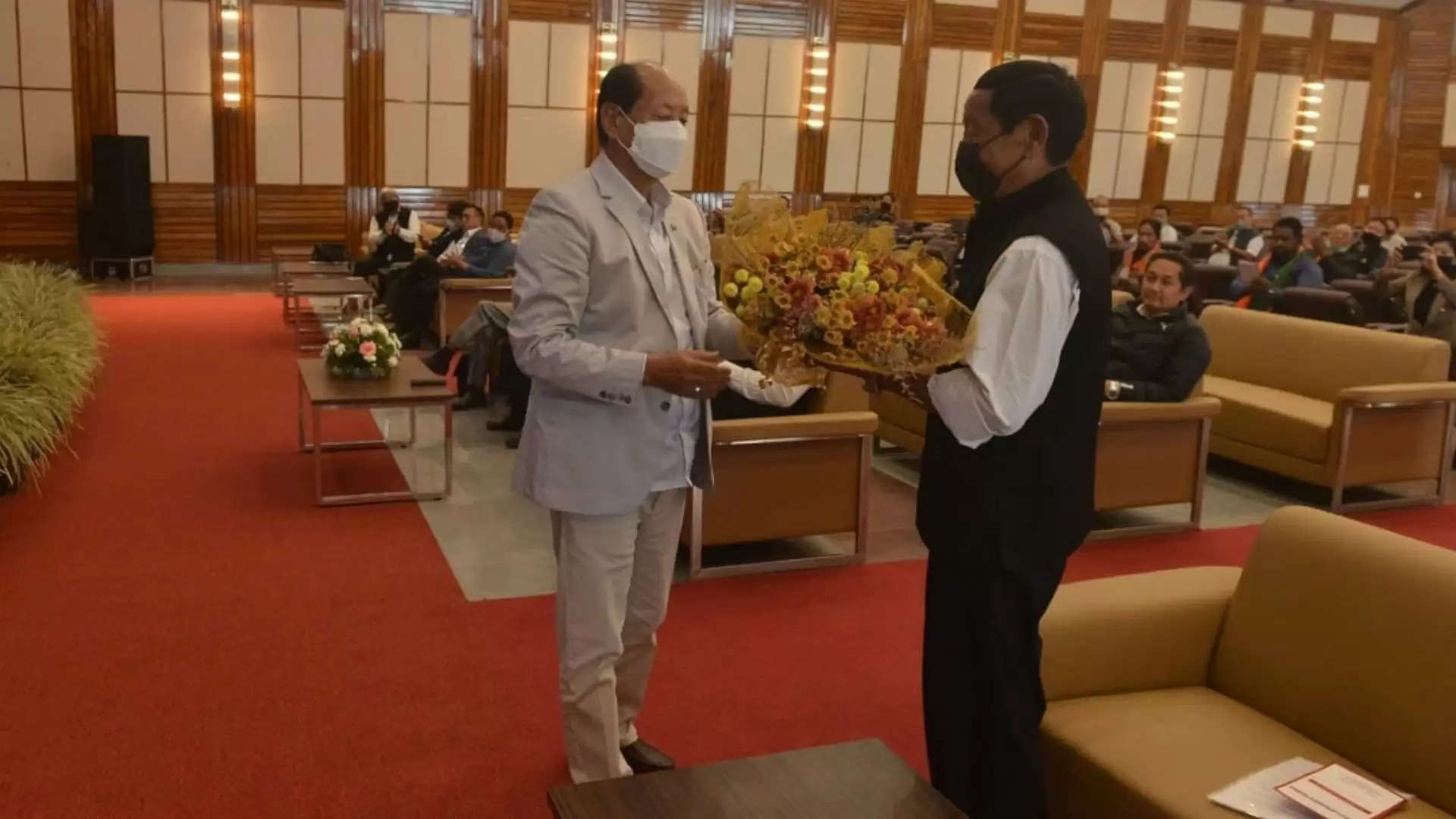 Chief Minister Neiphiu Rio said the thanksgiving service is significant because it comes on the backdrop of the completion of three years of PDA Government.

Rio said that they made progressive achievements, despite the government having bogged down with an entire year of battling the global pandemic.

Rio also stated that he along with the leader of opposition TR. Zeliang held meetings with the NSCN-IM and the 7 NNPGs and the 60 member house is working hand in hand.

“Today as far as our approach to the Indo Naga political issue is concerned the 60 member house works together on the Naga issue and during our time we must bring a solution. We have urged the negotiating parties to expedite the negotiations and urged GoI to be sincere and not delay bringing a solution, which is the desire and cry of our people,” stated Rio

He further reminded all that there is a need to make concrete efforts to ensure that the policies and programmes of the government reach the targeted sections in letter and spirit.

Rio said that people have enormous expectations upon the government and our responsibility is to reach governance on the doorsteps of every household and each one of us must make sincere efforts towards the realisation of this aspiration.

Deputy Chief Minister Y. Patton, on behalf of the BJP party, stated that the PDA government is committed to good governance and for the all-round development of the State.

He also congratulated the newly elected MLA, H. Chuba Chang, on behalf of the PDA government and expressed a hope that his vast experience in Naga politics will be valuable and help the PDA government to grow stronger and scale greater heights.