Nagaland: JCC reminds Government to act on its demands 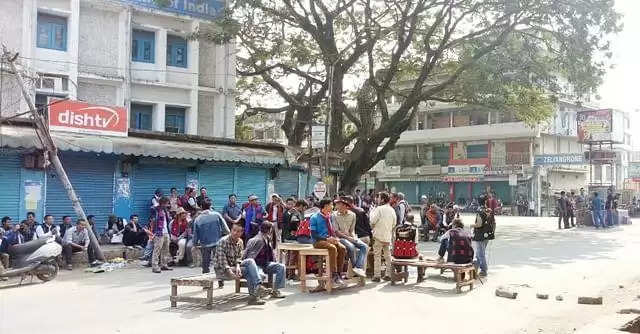 Kohima July 12: The Joint Coordination Committee (JCC) in a meeting yesterday adopted several resolutions, among which the body reiterated the demand for revocation of the November 24, 2016 Nagaland Legislative Assembly (NLA) which had allowed holding of ULB polls with 33 per cent women reservation and reminded the Nagaland Government of acting on its demand.

In a release issued by the JCC informed today that it convened a meeting in Dimapur yesterday to discuss on the issues pertaining to its demand put to the Government. It said that based on the advice of the "apex Hohos" it resolved to press upon the Government to direct the Judicial Inquiry Commission (JIC), constituted to probe the January 31 incidents of violence and deaths in Dimapur and Longleng, to start inquiry immediately.

With regard to the demand for revoking the November 24 Assembly Resolution; the JCC stated that the Government should do so in the next Assembly session. "Despite our repeated requests, the Government of Nagaland has chosen to ignore and entertain the JCC demand in the Assembly Sessions preceding."

The Nagaland Municipal Act 2001, it reminded, should be "suitably amended after having proper consultations with all stakeholders to avoid miscarriage of justice." It also expressed dismay at the current leadership crisis in the Government. According to the JCC, the trend of legislators camping in Kaziranga "at the cost of public exchequer" during in-party disputes should be stopped and "this culture should not be imitated by any Naga public or legislator so as to save the integrity and dignity of the Nagas."

It, however, declined to make direct comments on T R Zeliang's apparent attempt to return as CM. "Time will tell. He may come or may not come. If he comes, the picture may change," the JCC release said.