Stating that 70 per cent of the population of the State live in rural areas and are engaged in agriculture. 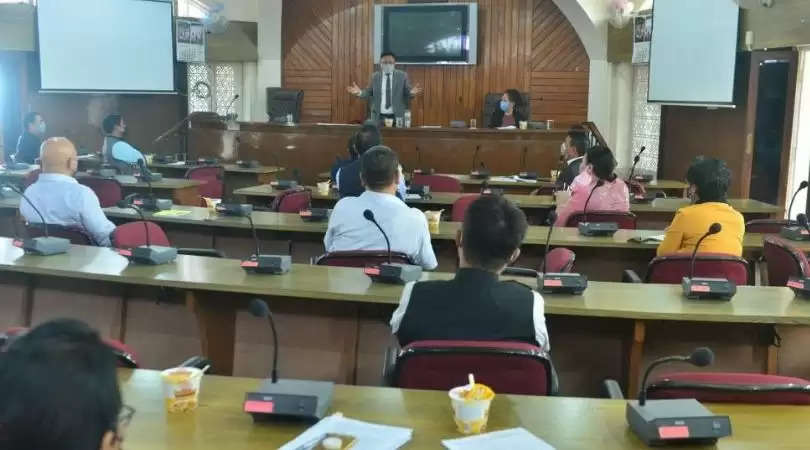 Agriculture Production Commissioner Kikheto Sema, IAS called for an urgent meeting of all Agriculture and Allied Departments of Nagaland to discuss the challenges being faced by the State on April 28 at the Nagaland Civil Secretariat Conference Hall, Kohima.

The APC stated Nagaland is facing a drought-like situation with reports coming in from across the State.

Seeds have not germinated because of a shortage of water and shortfall of rain, and the few seeds that have germinated have failed to survive.

He also said reports of hail storm and attack of crops by fall armyworm across the State have affected crop production.

Livestock farming has also been hit by the African swine flu and the foot and mouth disease, he added.

Stating that extraordinary times call for extraordinary measures, the APC called on the Agriculture & Allied Departments to take the situation into stock and take up the challenges faced by the people of the State.

Immediate action should be taken in affected areas, he reiterated.

Stating that 70 per cent of the population of the State live in rural areas and are engaged in agriculture.

“It is time for the qualified officers of the Agri & Allied departments to put their heads together and give solutions to the farmers. Agriculture cannot be stopped, even if there is a pandemic and we need to be prepared for any eventualities that may arise,” he stated.

Sema called for the four “C’s”: cooperation, coordination, confidence and contribution amongst the department to fight the issue that lie ahead.

He appealed to the citizens of the State to maintain a kitchen garden in their own backyards.

Sema also instructed the Agriculture and Horticulture Departments to assess the damage of seeds and to replace them on urgent need basis so that the farmers can use the season to replant and grow the crops.

He also suggested on purchasing of seeds from other allotted funds because of the urgency.

The APC also called on the Veterinary Department to sensitise the people on alternate livestock farming, such as goat farming and poultry.

Fishery is also another alternative towards sustaining food production in the State, he stated, and called on the Fishery Department to encourage people to practice rearing fishes.

He also urged the Sericulture department to create awareness on the importance of silkworm, its importance and how easy and cheap it is to rear them.

The APC, who is also the Nodal Officer for Jal Shakti Abhiyan, stressed on water conservation and rainwater harvesting.

We should focus on saving and conserving rainwater with the theme “Catch the rain, where it falls, when it falls” covering both urban and rural areas in the State.

He also called for creating awareness and importance of rainwater harvesting to Village Councils, Churches, NGOs and other organisations.

Sema also stressed on the need to plant trees across the State.

He called on all Departments of the State Government to plant trees in spaces available within their complex and urged schools, NGO’s, churches to plant as many fruit trees as possible for the benefit of all.