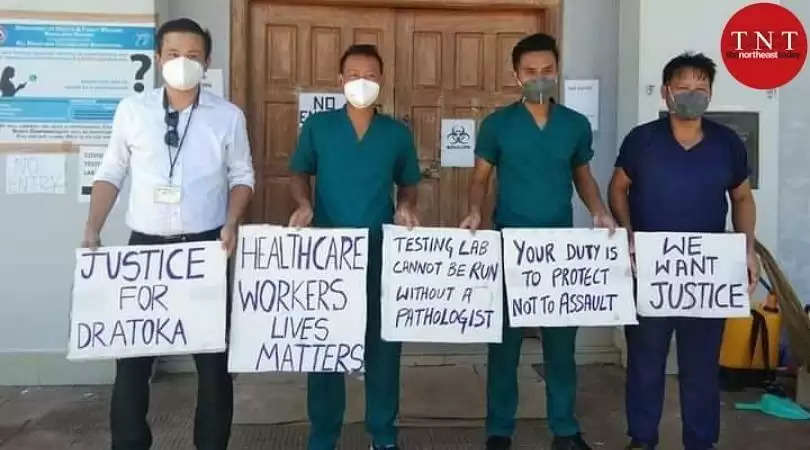 The Nagaland In-Service Doctors' Association (NIDA) has called for a 24-hour complete shutdown of all medical services throughout the State from 6 am of August 26 as a mark of protest against alleged police brutality.

It may be mentioned that the decision was taken following the alleged attack on Dr Atoka Wotsa, a pathologist on COVID-19 duty at the Truenat test centre in Chimukidima, Dimapur by personnel of the Indian Reserve Battalion (IRB of Nagaland Police) recently.

They said that despite the "barbaric" assault by erring police personnel on the doctors on April 3rd and 17th in Dimapur and Wokha, the association had refrained from taking any drastic action, keeping in mind the responsibility of public health as its top priority.

However, the brutal assault on another doctor on August 21 in Dimapur by some IRB personnel goes to show that the concerned authority has not taken any corrective measures in disciplining its personnel, said NIDA officials.

The NIDA, however, said emergency services will remain functional.

It may be mentioned that on April 3, Dr Nosezol Sezo, the Senior Medical Officer of Community Health Centre Medziphema, was physically assaulted by Special Task Force (STF) personnel at Purana Bazar.

The incident created an uproar and drew condemnation from all sections of society.