Facts you need to know about Nagaland CM Neiphiu Rio, on his birthday 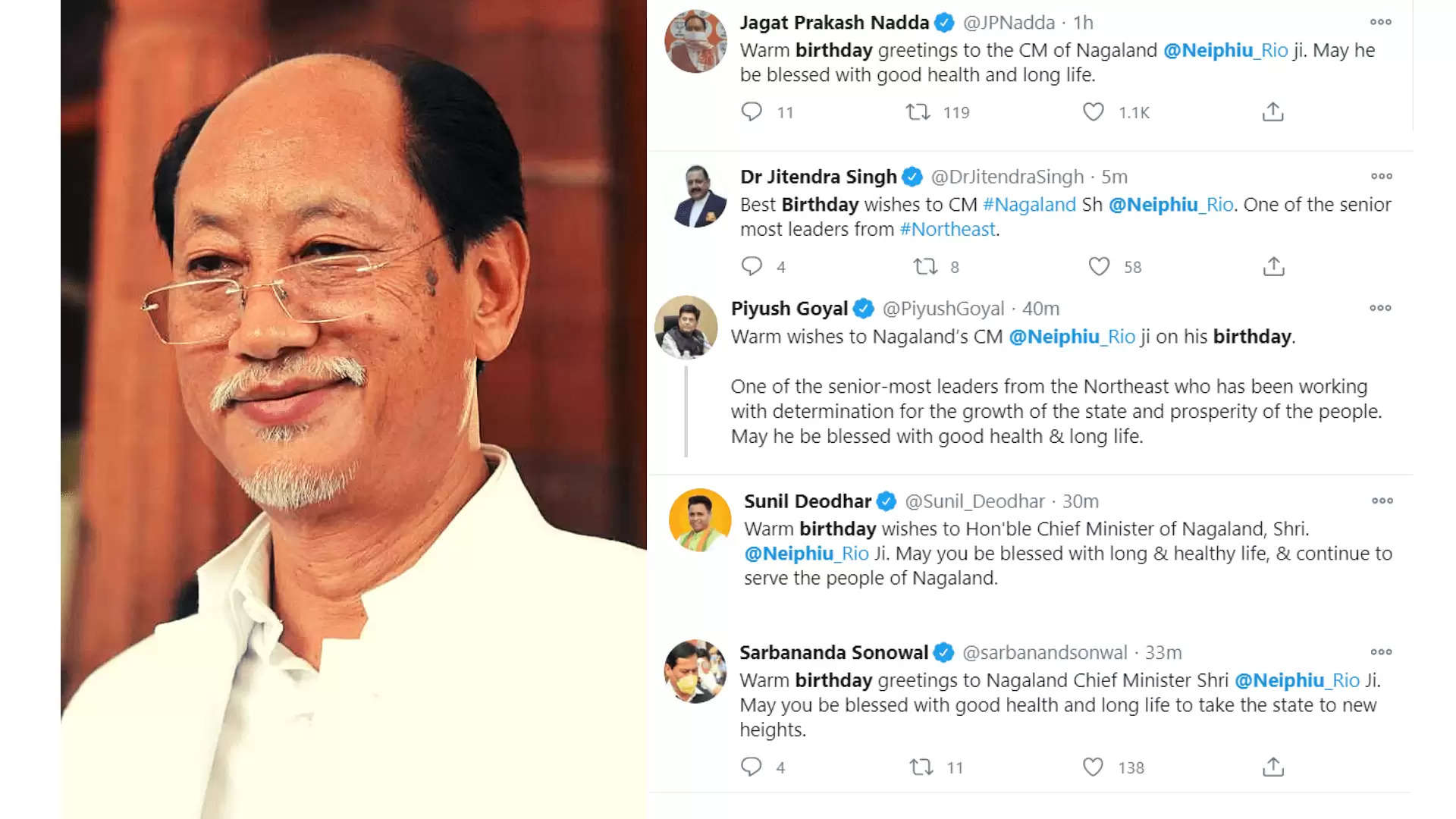 Chief Minister of Nagaland, Neiphiu Rio was born in the year 1950 on November 11, he also served as Chief Minister for three separate terms from 2003–08, 2008–13 and 2013–14, making him the only Nagaland Chief Minister to have served three consecutive terms.

Rio is the son of Guolhoulie Rio of Tuophema village in Kohima District and belongs to the Angami Naga tribe. He is married to Kaisa Rio, and they have five daughters and one son. Rio received his early education from Baptist English School, Kohima and Sainik School, Purulia, West Bengal. He attended college at St Joseph's College, Darjeeling and later graduated from Kohima Arts College.

An active student leader during his School and College days, Rio entered politics at a very young age and headed many prestigious organizations before becoming the Chief Minister of Nagaland. He served as the President of Kohima District United Democratic Front (UDF) Youth Wing in 1974. They also appointed him Chairman of the Northern Angami Area Council in 1984. He also had been the honorary Vice President of Indian Red Cross Society Nagaland branch.

Rio was first elected to the Nagaland Legislative Assembly as Congress (I) candidate from the Northern Angami-II constituency during the 7th General Elections of 1989. He was appointed as the Minister for Sports and School Education and subsequently as Minister for Higher & Technical Education and Art & Culture; also served as Chairman in Nagaland Industrial Development Corporation, Nagaland Khadi & Village Industries Board and Development Authority of Nagaland. Rio was again elected from the same Constituency in 1993 as Congress (I) candidate and appointed as Minister for Works & Housing.

After his resignation, Rio joined Naga People's Front which partnered with other Naga regionalist parties and the state branch of the Bharatiya Janata Party (BJP) under his leadership to form the Democratic Alliance of Nagaland (DAN) - a coalition which won the 2003 state elections, bringing the 10-year-long rule of the Indian National Congress in the state to an end. Rio subsequently took office as Chief Minister on March 6, 2003.

Rio played a significant role in setting up the Music Task Force, the first music industry in the country. He was awarded The Mother Teresa Millennium Award, for his outstanding leadership and contributions to politics in Kolkata in 2007.