Dimapur commissioner of police, Rothihu Teteseo said a total of 738 cases were registered from January 1 till December 21, 2021 and 642 people were arrested. 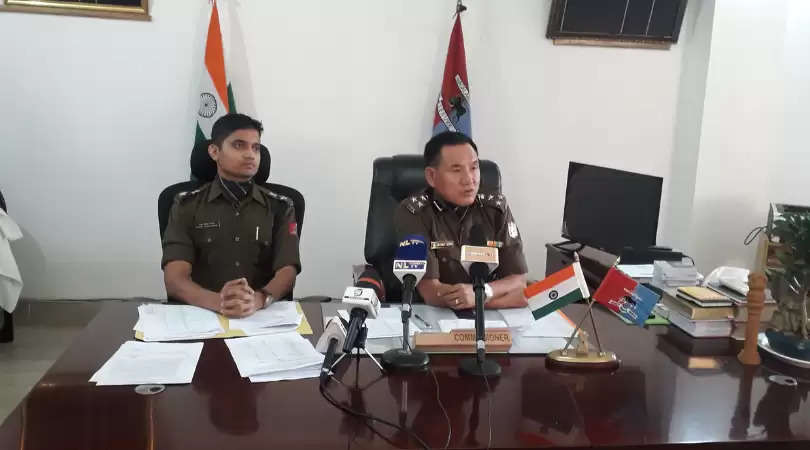 Dimapur district witnessed a drop of 26.4 per cent in registered crime cases in 2021 than the year 2020, Dimapur commissioner of police, Rothihu Teteseo said on December 22.

Briefing the press on the overall law and order situation in the district in the last 12 months, Teteseo said a total of 738 cases were registered from January 1 till December 21, 2021 and 642 people were arrested.

Dubbing it as a major achievement of Dimapur police, he said 158 cases under Extortion and Arms Act were registered in the current year, and 197 people were arrested in this connection.

He said a total of 77 arms, 1,087 rounds of ammunition, seven grenades, 16 detonators, two metres of codex wire, nine programme timing devices, one doorbell IED, nine all-time switches, a number of extortion slips, and more than Rs 18 lakh were seized by the police in the same period.

Tetseo also added that under non-FIR category, 15,000 people were booked, while 24,600 people were challaned for violation of traffic rules.

He said the overall law and order situation in Dimapur for the last 12 months has been peaceful. Under the Dimapur police action plan, Tetseo said that Dimapur police is putting extra enforcement to control extortion and illegal taxation activities. He said since the implementation of the district action plan in the last four months, extortion cases have come down in the district.

He said the traffic police have deployed extra enforcement to prevent accidents, especially, in the highway areas.

Highlighting the crime statistics of the district past in the past 12 months, DCP (Crime) Sharat Laxman Markad said that 36 cases of kidnapping and abduction were registered while 81 people were arrested in this connection. He further informed that 138 people were arrested in connection with 98 extortion cases registered in nine police stations under Dimapur police Commissionerate.