During the programme, Nagaland Minister for Planning and Coordination, Land Revenue and Parliamentary 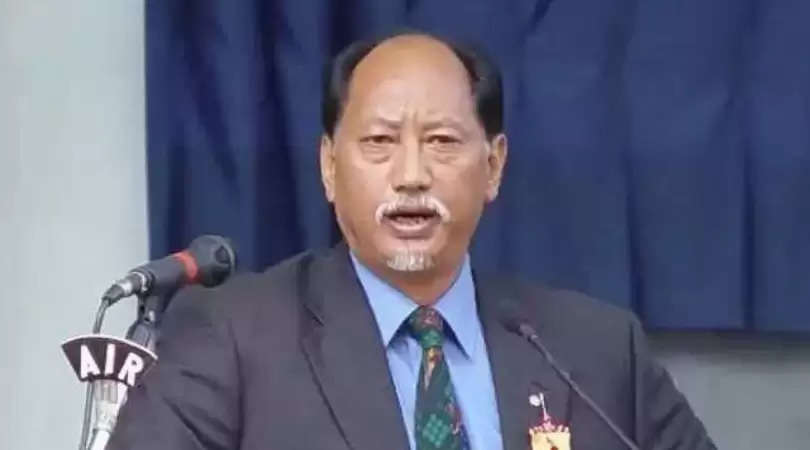 Nagaland chief minister Neiphiu Rio on Tuesday launched "Nagaland SDG Vision 2030: Leaving no one behind", which is a document setting sustainable development goals (SDG) for the year 2030 to make the state well-governed for all citizens to get equal opportunities.

Speaking at the launch programme, Rio said that the document was prepared based on the United Nations Sustainable Development Goals.

The document provides specific short, medium and long term strategies that the state would focus on to meet the aspirations of the people for sustainable livelihoods and living standards.

The northeastern states, especially the hill states, have lagged behind the rest of the country in terms of economic growth, with one of the reasons being low economic investments, the chief minister said.

"Nagaland, being a resource-constrained state, there is hardly any elbow room for the state government to meet the large investments needed for capital and infrastructure development in the state," CM Rio added.

Rio said rigid implantation norms of most of the development interventions of centrally sponsored schemes coupled with the shorter working seasons due to the monsoon, the typical land ownership system of Nagaland and the comparatively higher cost of transportation pose big challenges for the state.

He emphasised the need for the centre to show flexibility in the funding and implementation of schemes for the northeastern region.

The Ministry of DoNER and NITI Aayog have come up with a collaborative project in developing an SDG index for 120 districts in the eight NE States, which will be launched on August 25, NITI Aayog Adviser (SDGs) Sanyukta Samadar informed.

With a score of 61, Nagaland is ranked 19th in SDG performance throughout the country and among the northeastern states, it is in the fifth position, the adviser said.

ALSO READ: The then, now and the unknown tomorrow: A brief history of HNLC in Meghalaya