Calls for repealing of AFSPA grow louder in Nagaland

Lamenting the killing of 14 innocent civilians in Nagaland’s Mon district, 16 different organisations came together in Dimapur to demand the repeal of AFSPA in Nagaland and the entire Northeast region. 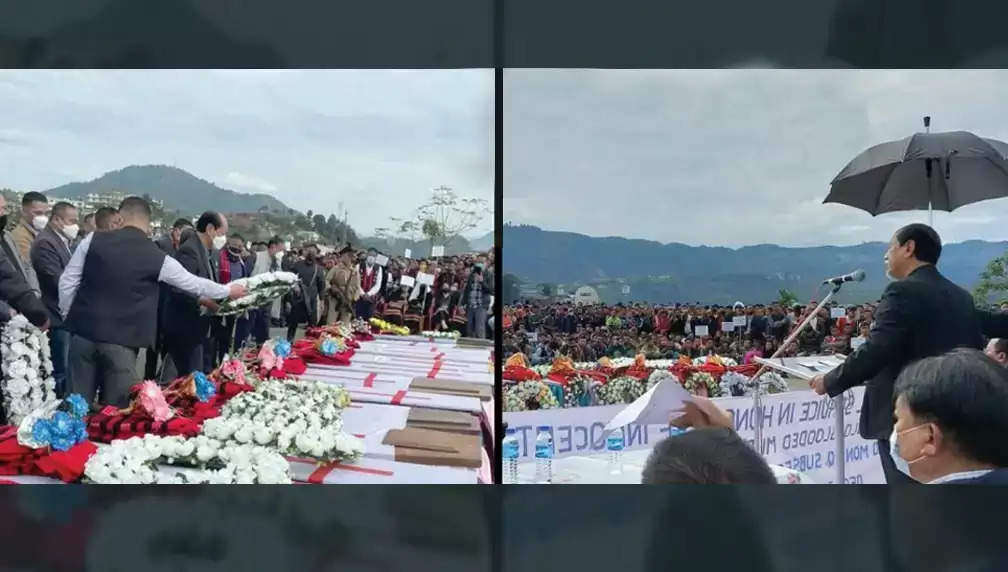 Sixteen different organisations of Nagaland came together at a programme in Christian Higher Secondary School, Dimapur, on December 19, to lament the December 4 Mon firing incident.

Naga organisations in the state have held a series of protests demanding justice against the killing of 14 civilians and the repeal of the draconian Armed Forces Special Powers Act 1958 (AFSPA) in Nagaland and the entire Northeast region.

Speakers at the programme urged the people to come together under the theme, “Memories of Oting and the Nagas”, as a mark of solidarity with the Konyak community and Oting village. “The tragedies in Oting and Mon present an opportunity for the Nagas to self-reflect and publicly readdress the present crisis,” they said.

The Forum for Naga Reconciliation (FNR), who organised the do, called for appropriate disciplinary action against the commanding officer and personnel of the 21 Para Special Forces Regiment and 27 Assam Rifles, involved in the killing of civilians on December 4 and 5, respectively.

Urging the Naga political groups and leaders to keep their political differences aside and unite for the cause, the FNR stressed on taking positive steps to reconcile and collectively work in the common interest of the shared Naga historical and political rights by demonstrating statesmanship using non-violent means.

The FNR further called for the Naga public to resist all forms of tribalism and other forms of ‘isms’ that divide the Nagas.