AFSPA has no place in democratic society: Meghalaya CM

Sangma was addressing media persons at the residence of the president of the Nagaland unit of National People’s Party, (NPP) Abdrew Ahuto, in Dimapur on December 28. 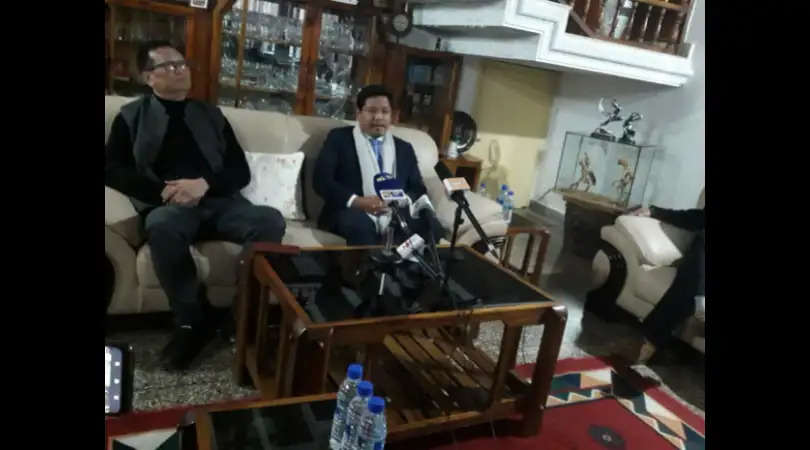 Meghalaya chief minister Conrad Sangma has said that the Armed Forces (Special Powers) Act has no place in a democratic society.

Sangma was addressing media persons at the residence of the president of the Nagaland unit of National People’s Party, (NPP) Abdrew Ahuto, in Dimapur on December 28.

He said he, personally, and the  NPP have been against imposition of the AFSPA in the Northeastern states.

Sangma, who made a stopover here on his return from Makhel village at Mao in Senapati district of Manipur after attending the 88th anniversary of the Mao Students Union, said repeal of the Act would send a strong message to the people of the region to bridge the trust deficit as it was not going well with the growth of the region.

“We want the AFSPA repealed in the entire Northeast as it is not helping the situation in the region and has proved to be counter-productive,” he said. There needs to be trust among all the stakeholders, he added.

Sangma urged the Nagaland government and the Centre to work together to repeal the Act in Nagaland.

Stating that insurgency is an outcome of a lot of socio-economic problems, he called for finding a solution to the issue in the right way.

He expressed gratitude to the central government for lifting AFSPA in Meghalaya barring the 10-km border belt between Assam and Meghalaya.

To a query whether there is any pressure from Meghalaya on the people living in Assam-Meghalaya border areas to be with the state, Sangma said, “The question of influencing the border people does not arise. They have expressed their desire.”

“We need a new approach and different yardstick to resolve the border dispute between the two states in terms of ethnicity and administrative convenience,” he said. He admitted that the people of the border areas have remained neglected so far.

Sangma said as per the Meghalaya government records, among the 36 villages in the Assam-Meghalaya border areas in question, there are only five non-Garo villages. He said there are 12 areas where differences exist between Assam and Meghalaya.

Hoping to find a solution to the inter-state border issue, Sangma said he and his Assam counterpart Himanta Biswa Sarma will take a final call to resolve it.