Organised by the Chang Khulei Setshang (Chang Tribal Hoho), in collaboration with the Nagaland government, and Nagaland tourism department, the festival began with the speakers speaking on ‘reminiscence’. 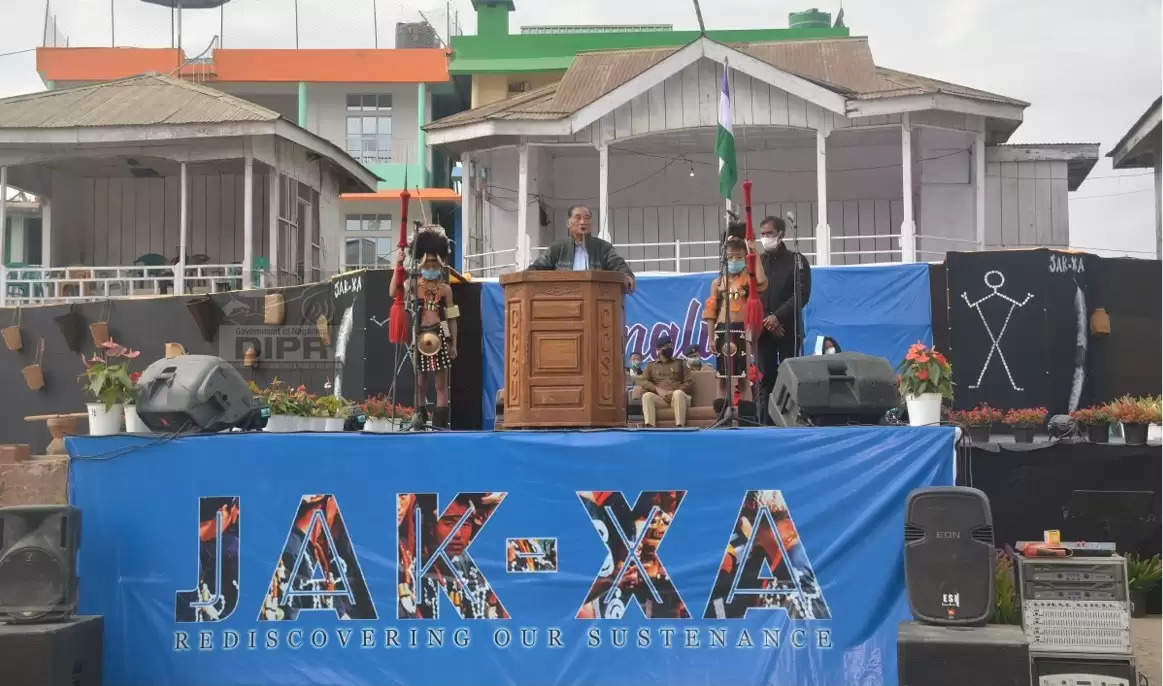 The five-day Poanglum Mini Hornbill Festival, the major festival of the Chang Naga tribe, commenced at the parade ground in Tuensang on January 11 with a call ‘Jak-Xa’ (rediscovering our sustenance).

Organised by the Chang Khulei Setshang (Chang Tribal Hoho), in collaboration with the Nagaland government, and Nagaland tourism department, the festival began with the speakers speaking on ‘reminiscence’.

He noted that many people had left their villages abandoning traditional means of living. He added that they sometimes fail to meet the urban living standards and become anti-social creating problems for the general masses.

“We need a revival in such social migrations. We need to focus on the traditional way of living in villages or we should focus strictly on education and technology sectors so that there will be social balance,” Chang stressed.

Kamchu Chang, the oldest gaon burha (village headman) of Tuensang town, reminisced the values and nature of Poanglum festivity. He said Poanglum is a festival of making friends and maintaining the old friend circle and also making treaties with the neighbouring communities and villages.

“When we look back at our forefathers, Poanglum had been a meaningful celebration with many good values which can be used in daily life today,” he said.

The day’s programme included presentation of a song ‘Echos of the Hills’ by Yungphaang youths followed by Jak-Xa food feast and night carnival in the evening.

Tuensang SP Vishal Chauhan inaugurated the stalls at the venue of the festival. Altogether 75 stalls were put up by the Chang Khuile Setshang and allocated to the villages to sell their traditional stuff and encourage the young entrepreneurs.