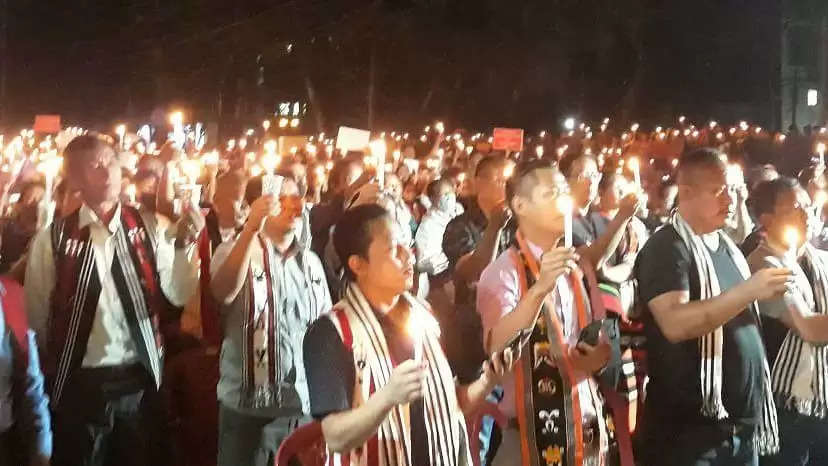 The Zeliang Students' Union (ZSU) organised a candlelight vigil at a supermarket in Dimapur, Nagaland on Friday, in honour of the three innocent persons who were shot on March 22 at Lamhainamdi village.

Hundreds of participants, holding placards, thronged the venue to express solidarity for the victims.

Leaders from various organisations have condemned the incident and demanded stern actions against the perpetrators of the crime.

They asked the law enforcement and the state government to investigate the matter and book the perpetrators with befitting punishment.

Nagaland Chief Minister Neiphiu Rio had, on Friday, condemned the incident and assured of action to control the law and order situation in the state.