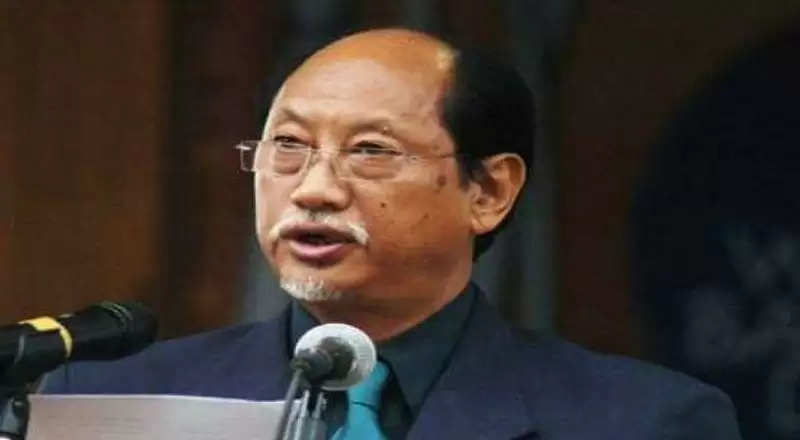 Reacting to the March 22 Lamhainandi shooting incident, Nagaland Chief Minister Neiphiu Rio stated that the government condemns such incidents and will do what is necessary to control the law and order situation in the state.

“The Govt is very unhappy, and we condemn the incident. We have deployed our police, and in the future, if there is any dispute, it should be settled amicably,” Rio said.

Rio also welcomed the decision of the Western Sumi President resigning from his post after the incident.

The CM added that the leaders of the state must tackle communal issues and ensure that there is no bloodshed.

A Special Investigation Team (SIT) will look into the matter, he said.

Besides this, Rio informed that he and opposition leader T.R Zeliang met the Union Home Minister and the Intelligence Bureau (IB) to discuss the matter.

Nchang interacted with the villagers and said there is no room for communal disharmony within the Naga community.

“The government is committed to maintaining law and order in the area,” Nchang said and called on every individual to stand against the ills of society.