Rahul Gandhi gets mixed up between Manipur and Mizoram on Twitter 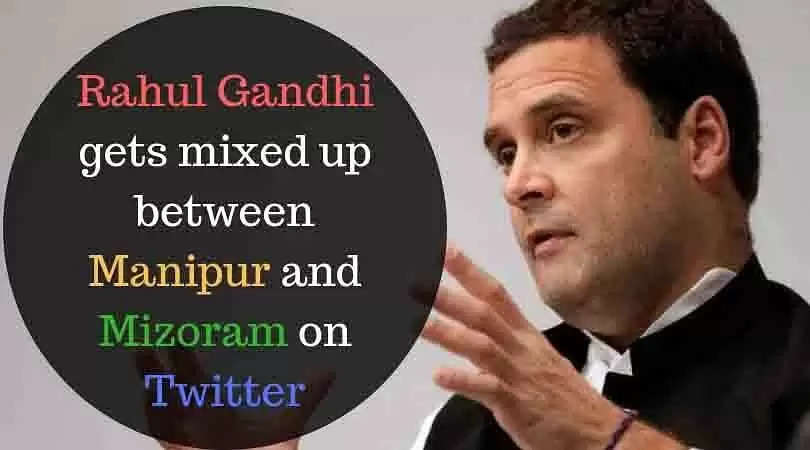 Congress president Rahul Gandhi has once again landed in hot water after he was seen in his Twitter handle mixing up one north-eastern state of India for another.

Gandhi's Twitter handle showed how he mistook Manipur with Mizoram while sharing an article on Twitter. While sharing a story on Sainik Schools that opened the doors to girls after half a century of its existence, Gandhi wrote that the schools were in Manipur instead of Mizoram.

However, BJP IT cell head Amit Malviya did not seem to miss the opportunity and already took a screenshot of the tweet and took a jibe at the Congress president on Monday saying that such 'ignorance' about the Northeast is "problematic'.

With the upcoming elections in 2019 and preparations for the same in full swing, the Congress President, or for that matter whoever handles his Tweets should avoid making such mistakes.