Over 900 vehicles enter Mizoram from Assam since Monday 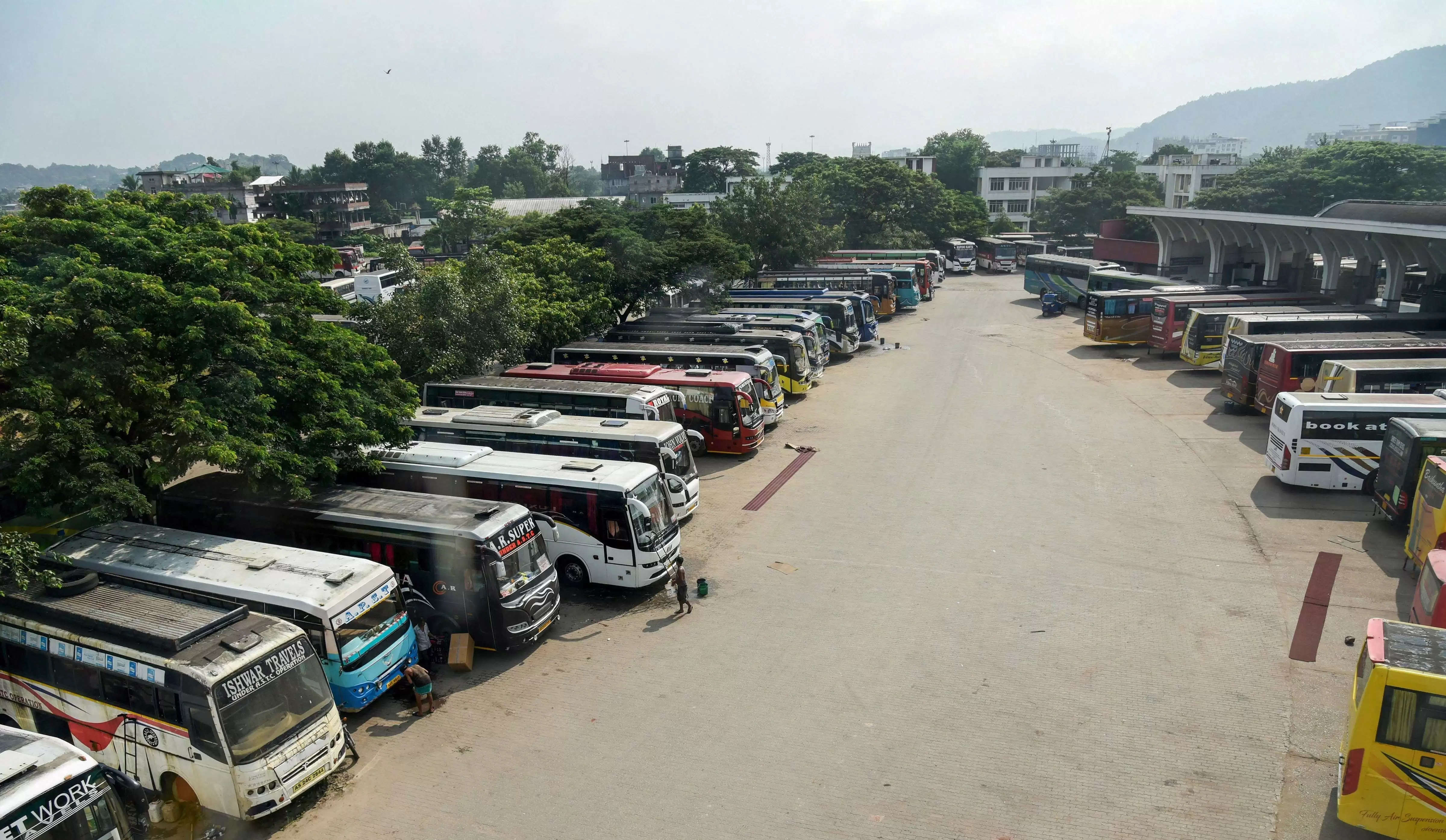 Over 900 vehicles have entered Mizoram from Assam since Monday after a blockade on National Highway-306 was partially lifted following the dialogue between chief secretaries of the two states, official sources said on Thursday.

The sources said that a total of 961, including 74 oil tankers, 22 LPG trucks and 139 Light Motor Vehicles (LMV), have already entered Mizoram via Vairengte after the NH-306, which was blockaded by locals of Lailapur in Assam's Cachar district for more than two weeks, was lifted.

Of the 961 vehicles, 898 have entered after the blockade was completely withdrawn by the protestors on Wednesday night, it said.

Locals of Lailapur had launched a blockade on National Highway-306, which is the lifeline of Mizoram linking Assam for about 15 days since October 28 demanding the withdrawal of Mizoram forces from the inter-state border.

Initially, Mizoram refused to pull out its forces claiming that they were deployed within its territory to maintain peace.

The blockade was partially opened on Monday following the meeting of chief secretaries of both states chaired by Union Home Secretary Ajay Kumar Bhalla on Sunday, which agreed that Mizoram will withdraw its forces and deploy Border Security Force (BSF) on the disputed land and that the blockade in Assam side will be lifted.

On Wednesday, the blockade was completely withdrawn by protesters after district administrations of both states held a meeting with locals and drivers.

Smooth movement of traffic resumed around 6:30 pm on Wednesday.