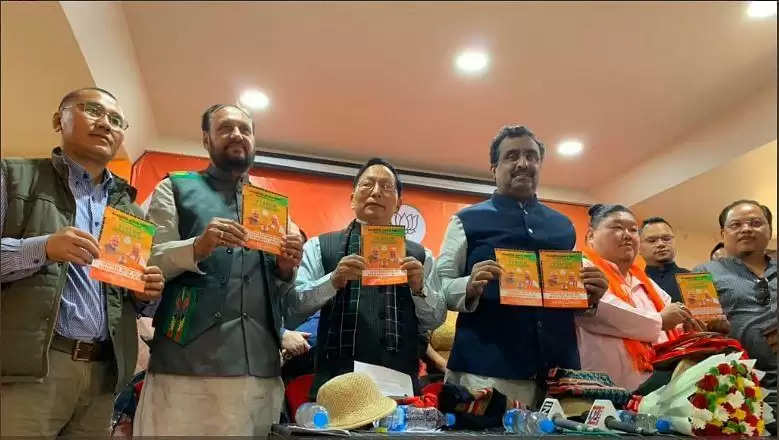 As Mizoram gears up for upcoming polls on November 28, the BJP has released its vision document today.

Below are Pictures from the release event.

It may be mentioned that BJP is determined to oust the Congress in Mizoram after forming governments on its own or in alliance in the eight northeastern states. NEDA chairman Himanta Biswa Sarma on Sunday urged the Reang tribals, sheltered in Tripura to vote for the saffron party in the November 28 assembly polls.

Political experts predict that after the polls, the MNF might forge an alliance with the BJP to form the government.