Chakma's exit has reduced the saffron party's representation to just one with Shanti Jiban as the lone BJP MDC in the 20-member Chakma Council. 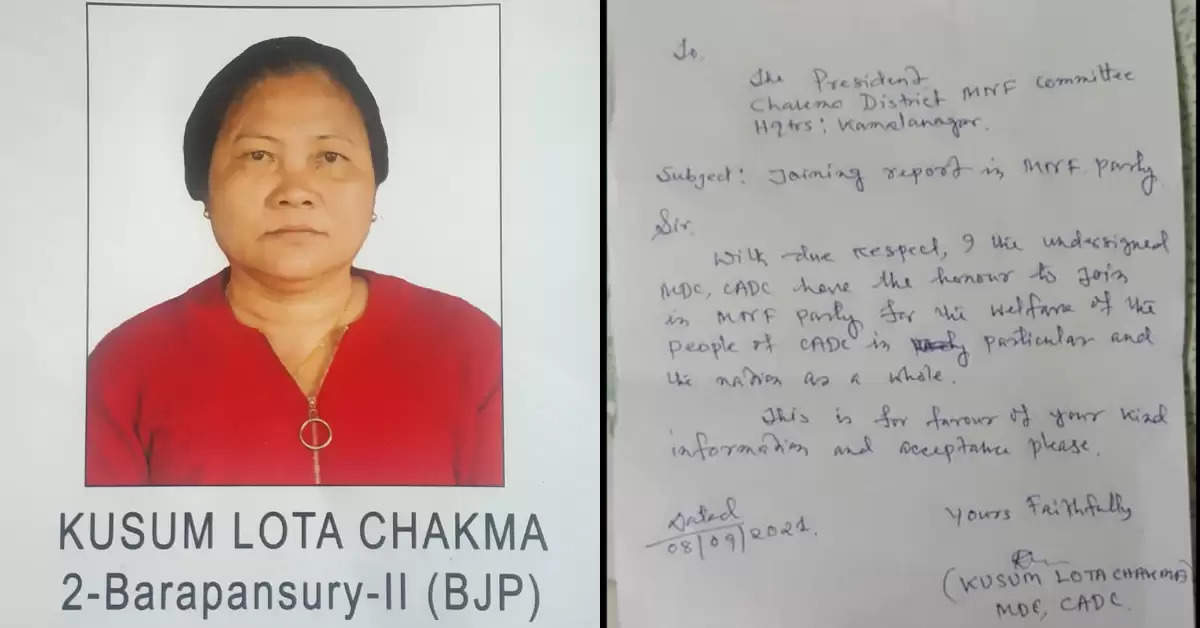 The Bharatiya Janata Party (BJP) in Mizoram's Chakma Autonomous District Council (CADC) suffered a major blow as one of its only two remaining members, Kusum Lota Chakma, quit the party and joined the ruling Mizo National Front (MNF) on September 8.

Chakma's exit has reduced the saffron party's representation to just one with Shanti Jiban as the lone BJP MDC in the 20-member Chakma Council.

In her joining letter, submitted to the party president, Chakma expressed her willingness to join the ruling MNF "for the welfare of the people of CADC in particular and the nation as a whole".

"The BJP's lotus began to wither away in the Chakma Council when six out of its eight elected members had tendered their resignations from the party and merged with the MNF en masse on March 27, citing the failure of the central BJP leadership to fulfil any of their promises made to the people of the CADC," a press release issued by MNF Media Cell on Friday read.

Kusum Lota Chakma, the lone elected woman member in the 10th Chakma Autonomous District Council, was elected from the 2-Borapansury II constituency in 2018.