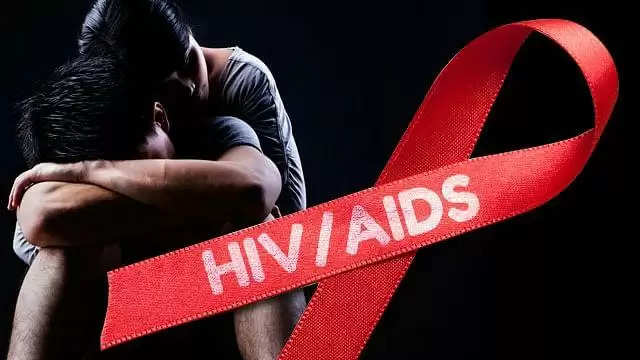 There has been an increase in number of injectable drugs' users, which has pushed the HIV prevalence rate up in the northeastern states that is also a oft-used corridor for drug smuggling from Myanmar.

According to the AIDS Control Society (ACS) officials in Tripura and Mizoram, here on Sunday, the menace of injectable drugs has been spreading, especially among youths in the northeastern states, bordering China, Myanmar, Bangladesh, Nepal and Bhutan.

In Mizoram, Manipur and Tripura, a large numbers of pregnant women has also tested HIV positive.

Pointing to rise in injectable drug use, he said, around 170 such cases were detected in Tripura this year. "Since April, blood samples of 9,683 people have been tested as possible high-risk group," he said.

The mountainous Christian-majority state of Mizoram, which shares porous borders with Myanmar and Bangladesh, has earned the dubious distinction of being the highest HIV prevalent state in the country.

According to a Mizoram ACS official, nine HIV-AIDS positive cases are being reported in the state a day. Chief Minister Zoramthanga and the Church leaders have urged serious efforts to fight the disease.

"The majority of drug users in Mizoram use pseudoephedrine pills, which are otherwise a cure for nasal and lung congestion," he said.

Smugglers source the drugs like yaba and methamphetamine (meth) from the Golden Triangle, comprising Myanmar, Laos and Thailand, and distribute it in Mizoram, Manipur and other northeastern states, they say. The Golden Triangle is infamous for drug production across the globe.

While talking to IANS, Border Security Force Tripura frontier Inspector General Solomon Yash Kumar Minz admitted that India-Myanmar border with Mizoram and Manipur were the main transit route for smuggling of yaba tablets and other drugs.