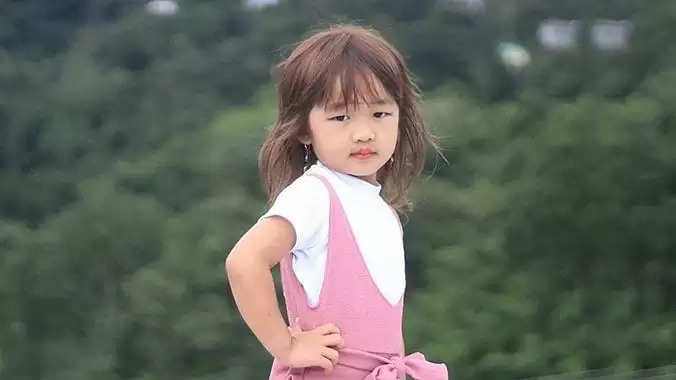 Those were the times when the state and the country were under lockdown. I went out on a Sunday evening amid sprinkling rainfall to run a few errands and upon returning home, I opened my Facebook messenger and received several messages that read, “This is from Indian Express”, “This is from TNT-The Northeast Today” and so on and so forth. I was quite surprised and in disbelief, but it was more real than ever. I gave them my phone number, went away to have a cup of tea for a little while, and as I got back to check my phone, I found that it was bombarded with more than fifty missed calls.

Mr. Lalrinenga Hnamte and Mrs. Lalawmpuii are a couple residing at Lunglei College area of Section-3 in Mizoram. Before they got married, Ms. Lalawmpuii aka Maawmi was a soprano singer in a choir and Mr. Lalrinenga too was a young man and a steady church-goer who abided by the laws of the church. After their marriage, he took the profession of a taxi driver and Mrs. Lalawmpuii too left the choir and started her own business to support their family. In the year 2014, they were blessed with a son whom they named Samuel, and soon after, by the end of 2015, Mrs. Maawmi was pregnant again, but unfortunately, the news was not entirely a pleasant one. The doctor told them that the baby was to be born deformed with little to no chance of survival and even advised them to have the child aborted in order to avoid future complications. However, by the time they had come to know about their pregnancy, the couple had already put their unborn baby in the hands of God. “No, this cannot happen, we have already committed this baby to God, so it must be born”, said Mrs. Maawmi.

On June 9th, 2016, the baby, whom the doctor said had no hope for survival, was born. The family was filled with joy and named her Esther Lalduhawmi Hnamte. She was a normal baby till the age of one but eventually started developing her unique differences. She was not even a year old but it was as if she could almost speak. Esther is not only an adorable child but she is also wise, and it is no doubt that people loved her.

Esther developed her love for singing at a very young age but considering the fact that she was just two years old, her parents were sceptical about providing her with formal music lessons, and therefore, the idea was suppressed. However, Esther’s uncle, Ramchhana, a gospel singer, would occasionally sing with her and her cousin Puipuii, and this intrigued her interest in singing even more. When Esther was not even three years old, her mother Maawmi would play songs for her, and to her utter surprise, Esther would join in while playing with her toys and would sing the entire lyrics effortlessly.

Awestruck by her daughter’s talent for quick memorisation and the ability to sing beautifully, Mrs. Maawmi got a soundtrack formulated for Esther by a person named Biaka. Upon playing the track, Esther unbelievably hit every note at the right time. It was pretty strange for just a three-year-old girl to learn the lyrics and also sing the notes perfectly at that pace. Since then, they began unplanned recordings and even made a music video with the help of Mr. Tana, their cameraperson. The music video received an unexpected amount of love and appreciation. This encouraged them to publish more such videos of Esther. The recordings were usually done at Melody Recording Studio, owned by Mr. Madinmawia, the father of a young singer and a rising star, Stacy Punte.

Esther’s song, 'Dilna Hlawhtlin Tirtu Lalpa' hit one million views within a short period; they also recorded the Christian Song, “One Day at a Time”, which also got many views on Youtube. Altogether, eight music videos have been made which also include Esther’s current popular rendition of AR Rahman’s “Vande Mataram”, which hit two million views in just six days.

Esther is not bi-lingual and speaks only in her mother tongue, Mizo. So, the proposal made by her uncle Mala to make Esther sing ‘Maa Tujhe Salaam: Vande Mataram’, was initially opposed by her parents. But Mr. Mala somehow succeeded in convincing them and with the joint efforts of Ms. Asangi Renthlei and Ms. Feli Hauhnar, Esther eventually learned the song. Mr. Jimmy Pachuau, the owner of a Thai Restaurant in London and a big fan of Esther, also extended his support towards the making of this video.

Finally the long-awaited project: “Maa Tujhe Salaam Vande Mataram – Esther Hnamte (4 years)” was published on YouTube and by the time I re-posted it on Facebook, the music video had already reached around thirty thousand views. It took the nation by storm that even AR Rahman noticed the video and was impressed by Esther’s soulful voice and even tried finding ways to contact the family via Zoom meeting. The video not only caught the attention of AR Rahman and Mizoram’s Chief Minister, Mr. Zoramthanga but also Prime Minister Narendra Modi, who retweeted Mr. Zoramthanga’s post on Twitter.

Also Read: From Health to Fashion: How an unobservant accessory became a style-statement

Four-year-old, Esther Hnamte received and is still receiving the attention of many media houses of the nation and has been publicised in India’s major newspapers, aired on TV, and has also received a letter of appreciation and cash incentive from Mizoram Governor.

If not for the lockdown, she would have been one of the busiest artists of India at the moment and the fact that a non-celebrity became a huge sensation and engrossed the entire nation within such a short span of time is surely noteworthy. I could go on and on about Esther, but let me conclude here with the words of encouragement by a soldier of the Indian Army, who is currently in China’s border: “If I wear the full Combat uniform, listening to Esther Hnamte singing Vande Mataram, I will not be one bit scared of the Chinese army. This little girl’s voice gave me the strength and courage to fight and protect India and its people.”