Congress slams MNF for failing to pay salaries of many employees 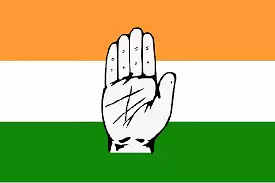 Opposition Congress in Mizoram on December 18 slammed the Mizo National Front (MNF) government for allegedly putting over 4000 of its employees in trouble by failing to pay their salaries.

Congress spokesperson Lallianchhunga said, “The state government has failed to pay salaries and pensions to thousands of employees for five to eight months owing to which they are facing hardship before Christmas.”

Over 4,000 employees of Samagra Mission, who work as teachers in high, middle and primary schools and as administrative and non-teaching staff, have not been paid since August, sources said.

The Congress has demanded the state government to pay salaries to the employees before Christmas.

About 69 assistant professors working under the Rashtriya Uchchatar Shiksha Abhiyan programme have not been paid since May. Many employees working under the centrally sponsored scheme specially in the health and education departments could not draw their salaries as the state failed to meet its matching share, he said.

The Congress leader accused the Mizoram government of neglecting health, education and other departments when sports and tourism departments could get the matching share from the state and launched projects worth crores of rupees recently. (PTI)