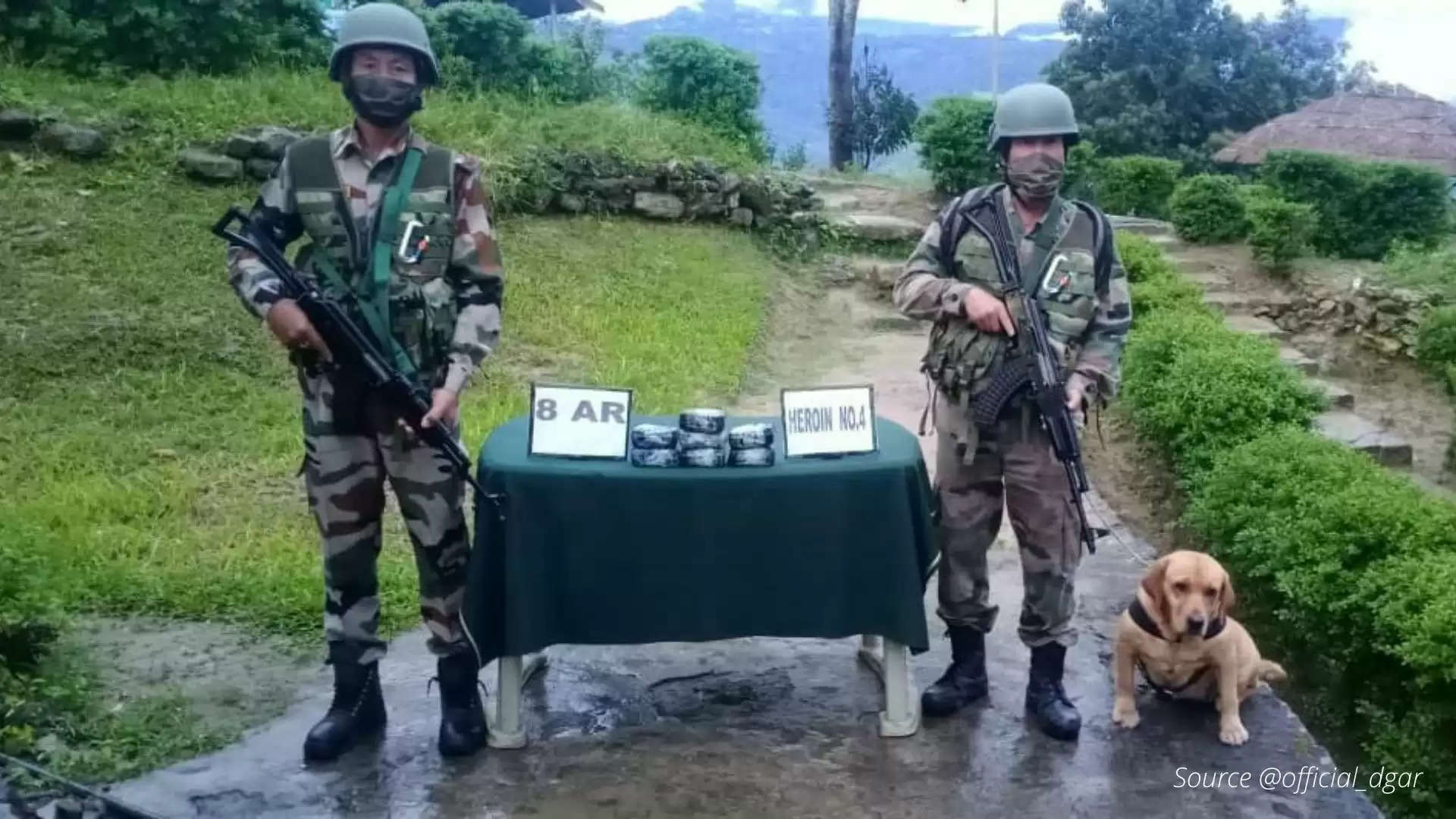 Troopers of Assam Rifles seized heroin worth more than Rs 47 lakh from a place close to the India-Myanmar border, in Mizoram's Champhai district, an official statement said on Tuesday.

According to the statement, the operation was jointly carried out by the Serchhip Battalion of Assam Rifles and Customs Department officials. Acting on a tip-off, they raided Zokhawthar town near the international border on Monday and seized 119 grams of contraband.

The statement added that in another joint operation on Tuesday, 82 cases of foreign-origin cigarettes were recovered at Chhungte village in the district. The market value of cigarettes is estimated to be Rs 1.06 crores.

Two persons were arrested in connection to the case.

The recovered items were handed over to the Customs officials for further legal proceedings.