WHERE IS GARO HILLS?- Lost in the oblivion of patronized figures! 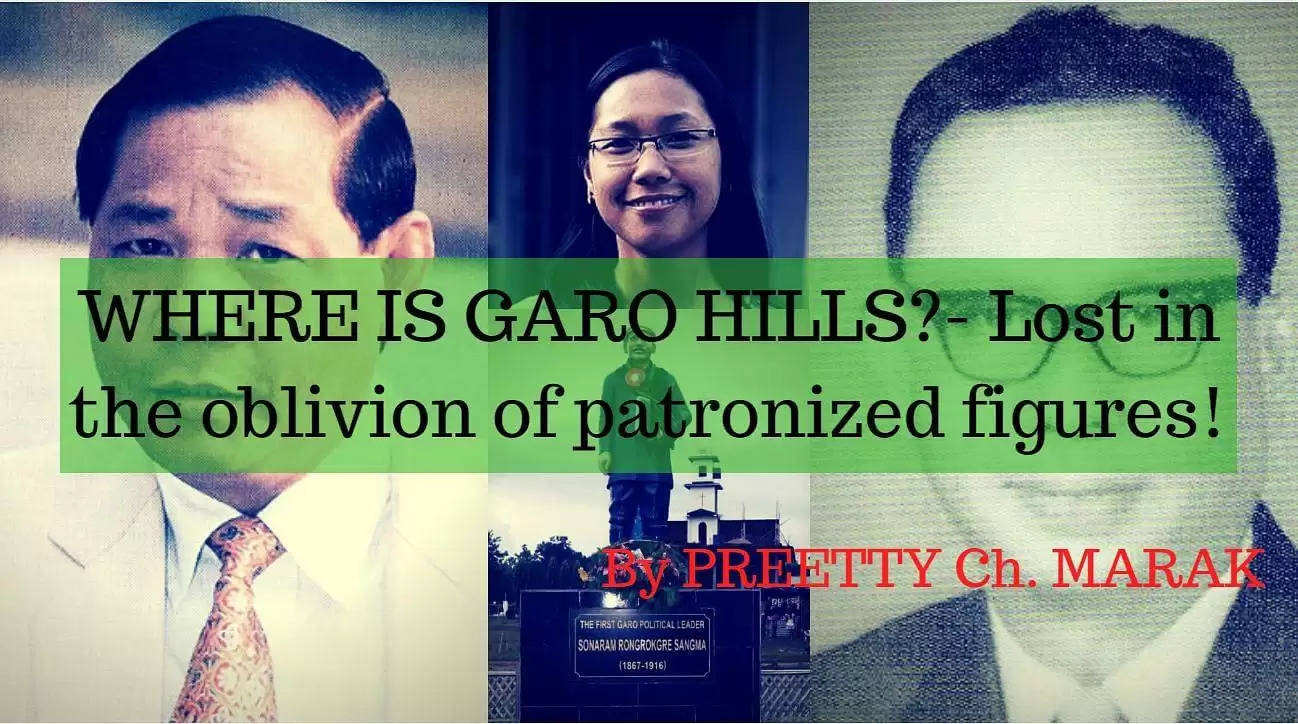 Lying in the midst of hills, surrounded by lush green hills, with varieties of flora and fauna hidden among the deep forest peacefully, the region itself is a beautiful art with scenic beauty that had protectors and leaders like Pa Togan Nengminja, Sonaram Sangma and many others. A place where the beats of 100 drums had touched the hearts of many, making it a record-breaker city for its extra-ordinary talent. Hidden somewhere, the untapped potentials of Garo Hills in Meghalaya is yet to be discovered.

Garo Hills has been home to various icons from Northeast India like Captain Williamson Sangma, Purno Sangma and Agatha Sangma for that matter who were born and bought up in the same land, Garo hills. But yet, despite the region being home to such talented people, the region remains in the cocoon of under development- be it in the field of education, infrastructure, tourism or any other sphere of development. As the years pass by, new faces in the realm of political arena keep coming up but I have a question- Will these talented people from Garo Hills ever take time to look at the under development lurking in the laps of region? When will they ever prove their worth to the land to which they belong?

Despite abundant resources and scenic beauty and a huge potential for development in tourism sector, why is the place ending up being an under-developed region? The region's dense forests seems to have become a shelter home for militants and terrorist. Is this what the people expect from a place that gives birth to numerous political icons? While numerous MLAs and Leaders reside peacefully in their residents warming their pockets and masses are living from hand to mouth- Selling woods, fishing, cultivating crops and and selling their hard labour for only a few bucks has become a part of their daily life.

Sherwood school in Tura had maximum numbers of students securing good marks this year, but what will be their next course of action in an under developed region like Garo Hills? Or should I say which big city or state should they be heading to now because their own state has no place for them? Is this the future of Garo hills?

In my recent conversation with a certain tourist, I suggested them to visit Tura! I was surprised at the reply given by this person asking me "Where is Tura?". This is exactly what the citizens of Garo hills have to realize now – "WHERE IS GARO HILLS?".

Lack of development, untapped potentials, bad infrastructure and lack of proper education- Where exactly is Garo Hills in the vocabulary of our policy makers?

The writer can be reached at ptymarak30@gmail.com

DISCLAIMER: The opinion expressed in the article belong to the writer and TNT- The Northeast Today may not subscribe to the same views