Rangad said that the Organisation has been more constructive and sent several memorandums to government. 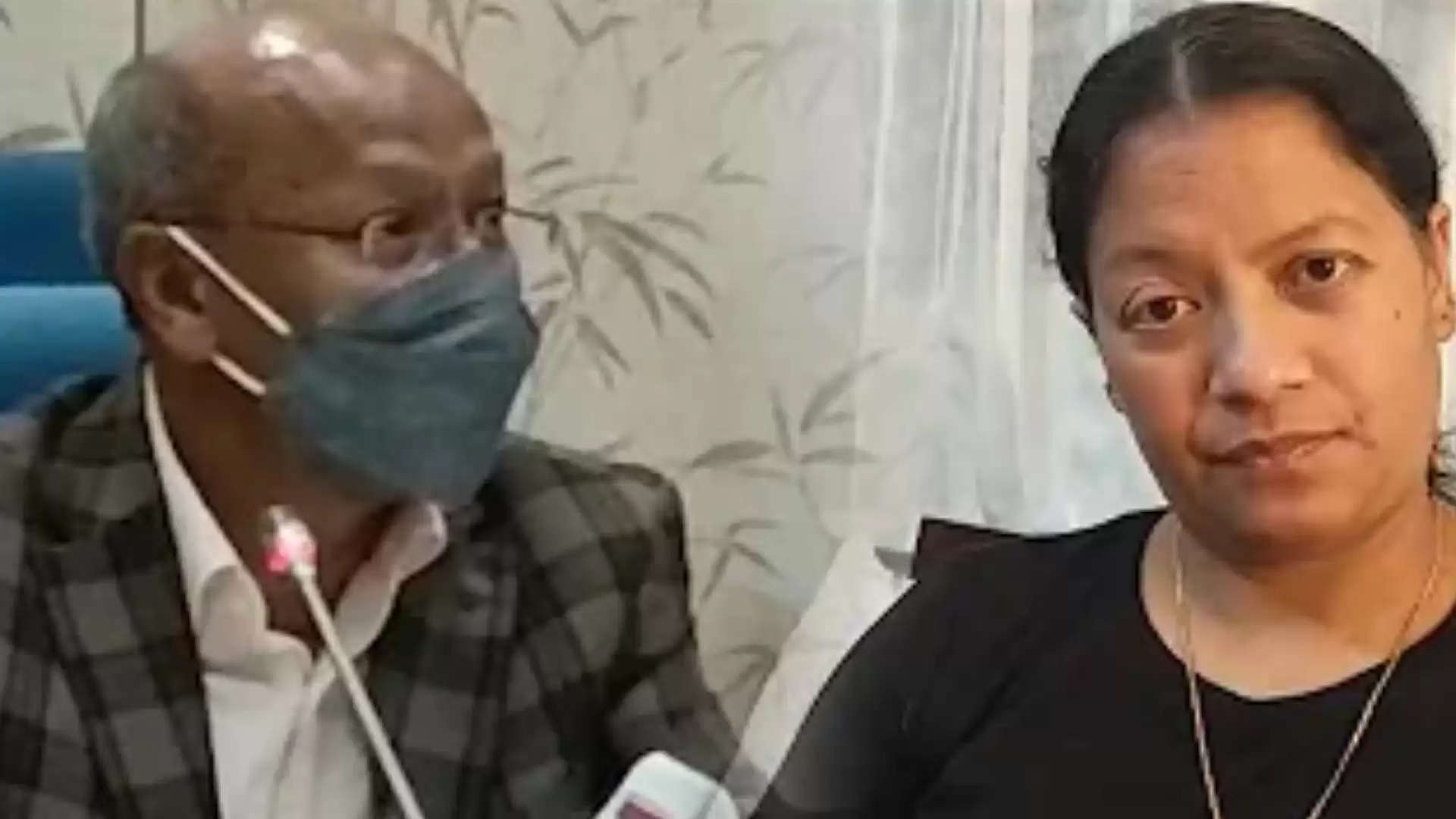 The spat between Thma U Rangli Juki member Angela Rangad and Deputy Chief Minister Prestone Tynsong has just begun with the TUR member unwilling to budge from her statement.

In a video released here, she pointed to the clarification of Deputy CM on the RTI findings revealing the income support promised in 2020 during the first lockdown by the government of 2100 to daily wagers and 5000 for construction workers who are registered with the Labour department.

“We had filed the RTI and got the list from the government itself and we put it out in the public domain and people responded. Many beneficiaries who could find their names in the list sent us information that what was booked against their names of 2100 or 5000 is untrue they have either received only 700 or 1400. Our question to the government is where is this money? Rangad said.

The “eat vegetables and rice” comment of Tynsong did not go too well with Rangad taunting the poor.

She said that such comments were very harsh words from a representative to the people at such a time.

Stating that their report is not fake news as claimed by Tynsong because it is based on RTI findings providing by the government.

Referring to Tynsong’s comment that AAY card holders are not eligible, Rangad said it is a wrong claim because there is no such thing that bars people with AAY card to reach out for this system.

She added AAY card holders are people who receive the grains for the poorest of the poor and they should have access to this income support.

“The people who have reached out to us are people who don’t have job cards, who have fulfilled the criteria, who have provided xerox copies of their documents as was asked by the government and some took the help of the shnong. Now the question is this - for people whose names have appeared on the list and didn’t get the full amount, where is the remaining money? For people whose names have not appeared at all but fit the criteria, you have to answer why you rejected these names, on what basis?” Rangad said.

Stating that she has a degree in law, been abroad on a scholarship, she said, “He tells me I should get an additional education from MATI but we have also conducted training for them at MATI, it is not a personal thing but it is about a minister who is in-charge of labour accountable for something that is announced for the public,” she said.

As for Tynsong’s comment to distribute essentials like other organizations, she said that the Organisation does not need to publicise.

Again, pointing to his suggestion to be constructive, Rangad said that the Organisation has been more constructive and sent several memorandums to government.

“It is our duty and responsibility to show the government that what was to reach the people has not reached,” she added.

She also turned her attention to the insurance that the Center had promised to all health care workers not only in hospitals but also community level health workers - ASHAs, Anganwadi and front liners from various shnongs.

“This is not even state government money, it is central assistance - that if somebody loses their life on account of being a health care worker, there is an assured sum of Rs 50 lakh as assurance which will go to the family of the deceased. What has the government done on this? Have you registered people? Have you ensured that private hospitals have taken down names and submitted the name so that they can make claims?” Rangad said.

Observing that Tynsong felt a little offended that TUR asked for his resignation, she said the citizens may ask for accountability of the ministers.

“And if we think that he as a labour minister has failed, then we have every right to ask him to step down. It is not really a ‘tu tu me me’ as they say - although he is trying to provoke us and say why don’t you contest the 2023 elections. We will see about that but right now, what is essential and important is that the state government gets its act together and ensures that not a single life is lost to hunger during this pandemic,” Rangad said.