The appeal letter was first handed to Mawlai MLA, PT Sawkmie who assured the conglomeration that he would table the matter on the floor of the Assembly in the upcoming autumn session, scheduled to commence from September 10. 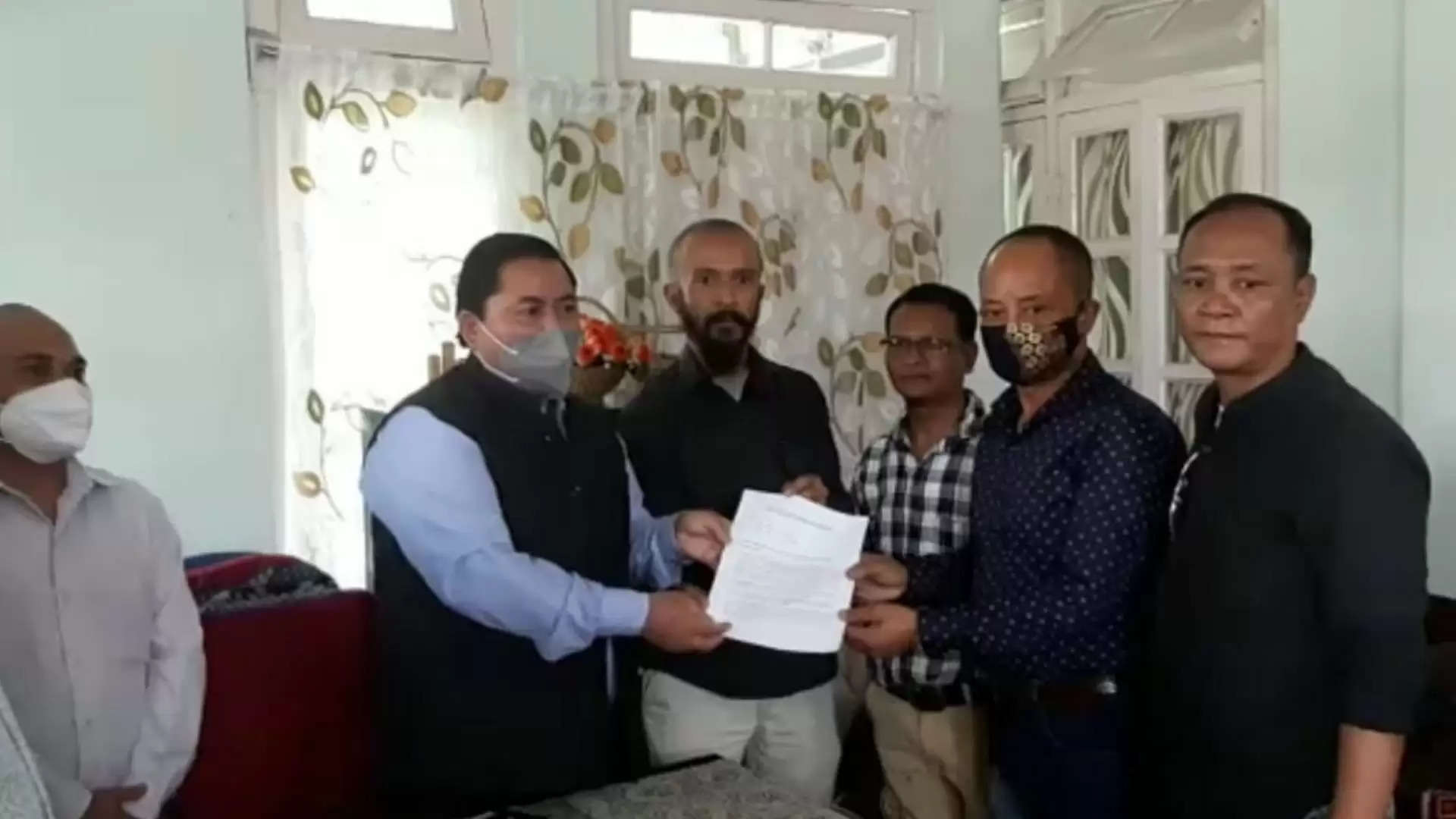 The Voice of Mawlai People, a conglomeration of various NGOs, on Tuesday, appealed to all the 35 MLAs from the Khasi Hills to extend their support to the demand for justice in the killing of ex-militant Cherish S. Thangkhiew on August 13.

"This is part of the agitation against the killing of Thangkhiew. We need to know whether the Khasi MLAs are with the people in this fight for justice," said a member of the conglomeration, Donboklang Kharlyngdoh.

The appeal letter was first handed to Mawlai MLA, PT Sawkmie who assured the conglomeration that he would table the matter on the floor of the Assembly in the upcoming autumn session, scheduled to commence from September 10.

The conglomeration has been demanding the suspension of top police officials involved in the encounter of the former leader of Hynniewtrep National Liberation Council (HNLC).

"The police officials need to suspended first so that there can be a free and fair investigation into the case," Sawkmie said, adding that all the 17 Congress MLAs in the state are in support of the demand.

"In the current situation, the state is divided into three groups - one group involves people who are responsible for what happened; the other, is of those who are observing what's happening, and the last group comprises of people who are oblivious of what is happening around them," said Adelbert Nongrum, North Shillong MLA, asking the government into which group does it falls.

"I will discuss this matter again with my party and cabinet colleague, Banteidor Lyngdoh, before putting the matter up with the Chief Minister," Cabinet minister and Mylliem MLA, Hamletson Dohling said.

Earlier, protestors burnt effigies of ministers and police officials to demand the suspension of the police officials and it was followed by a signature campaign and candlelight vigil at Mawlai. Similar protests also took place in other parts of the Khasi and Jaintia hills.