The decision was taken during a chief ministerial-level meeting held between Meghalaya chief minister Conrad Sangma and his Assamese counterpart, Himanta Biswa Sarma, at Guwahati, on December 22. Both Meghalaya and Assam will take a final call on the interstate border dispute “on or before January 15”. The decision was taken during a chief ministerial-level meeting held between Meghalaya chief minister Conrad Sangma and his Assamese counterpart, Himanta Biswa Sarma, at Guwahati, on December 22.

The meeting was held after the three regional committees constituted by both the states visited the six areas of contention - include Tarabari (4.69 sq km), Gizang (13.53 sq km), Hahim (3.51 sq km), Boklapara (1.57 sq kms), Khanapara-Pilangkata (2.29 sq kms) and Ratacherra (11.20 sq kms), and prepared reports after consulting the residents and headmen of the said areas.

Addressing the press after the meeting, Meghalaya Deputy Chief Minister Prestone Tynsong informed that the regional committees from both Assam and Meghalaya have been asked to submit their reports to the respective chief ministers before December 31. 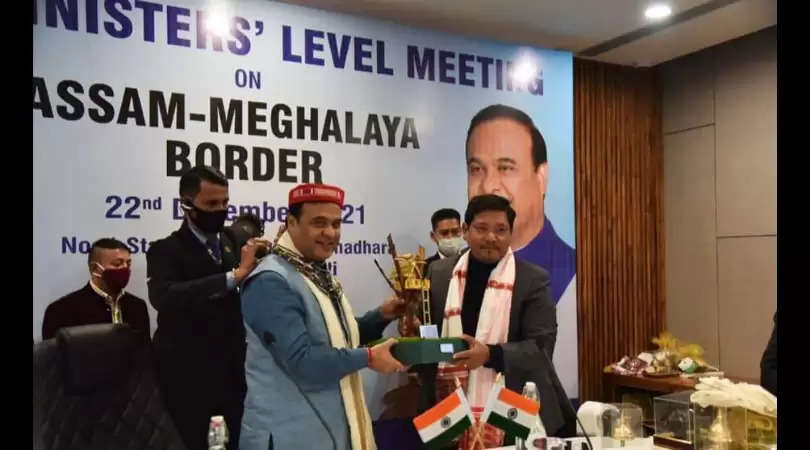 “Thereafter, on or before January 15, both the chief ministers will take a final decision on the outcome of the reports submitted by the regional committees of both the states,” said Tynsong.

He also expressed happiness that the Assam and Meghalaya chief ministers are determined to resolve this long-pending issue which has been there for the past 50 years. “I am also thankful to the Assam chief minister, who is so serious (about) the issue,” he said.

Expressing confidence that Assam and Meghalaya will soon be able to end the boundary dispute, Tynsong said, “If we cannot resolve all the six areas, I am very sure and confident we’ll be able to resolve at least some areas. And we are going to resolve them on or within January 15.” Earlier, both the chief ministers had also visited Langpih.

Meanwhile, speaking on the outcome of the meeting, Assam Chief Minister Himanta Biswa Sarma tweeted, “We have been continuously striving to resolve border issues with our neighbours. As part of our effort, held a meeting with my Meghalaya counterpart Shri @SangmaConrad  along with Deputy CM Meghalaya Shri Prestone Tynsong & several ministers & senior officers of both states.”

He stated that both the border committees have submitted their reports, and that they are working towards a final agreement on many disputed border areas