On September 24, in a bid to encourage footballers in the state, Meghalaya Sports Minister Banteidor Lyngdoh announced financial assistance of ₹10 lakhs for the 2nd Division I-League, ₹40 lakh for the I-League and ₹1 crore for the ISL for qualifying teams and clubs. 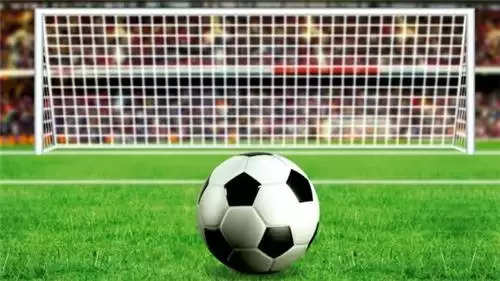 The state sports department is working to ensure that sportsmen of the state have access to upgraded facilities and financial assistance, especially given the constraint on sports since the pandemic began.

On September 24, in a bid to encourage footballers in the state, Meghalaya Sports Minister Banteidor Lyngdoh announced financial assistance of ₹10 lakhs for the 2nd Division I-League, ₹40 lakh for the I-League and ₹1 crore for the ISL for qualifying teams and clubs.

The statement was made at the Friday send-off of the Ryntih Sports and Cultural Club of Mawlai Mawdakbaki, who will participate in the Hero League Qualifiers, which will be held in Bangalore from October 4 to 25, 2021. Lyngdoh also handed a cheque amounting to ₹2 lakhs to the club, whereas the remaining ₹8 lakhs will be presented in due course of time.

Lyngdoh added that a tender amounting to ₹34 crore has also been suggested to upgrade the J N Sports Complex. Part of the face-lift for the complex includes replacing the artificial turf with a natural one as well as state-of-the-art facilities.

An indoor multipurpose sports complex too is expected to be constructed on the fifth ground, which will cost up to ₹100 crore. The complex will be provisioned with a swimming pool, basketball and tennis courts, and other indoor games facilities. Such an initiative, the minister said, will also extend to different districts across the state, and not just be limited to the capital.

The government has also expressed interest in establishing facilities for boxing, archery, and athletics, among other neglected sports.

Speaking to reporters, Lyngdoh also expressed the state's interest in hosting Khelo India, the national youth games tournament. Informing that the pandemic has affected the preparation for the 2022 National Games, he assured that later years may offer a better opportunity for the state to hold the games.

To a question on the police personnel and Special Forces from outside the state currently occupying the Tirot Sing Indoor Stadium and JN Complex, the minister said that this was the arrangement decided by the district administration.

“On my part, we will see that this place will be used for training by the players", he said.