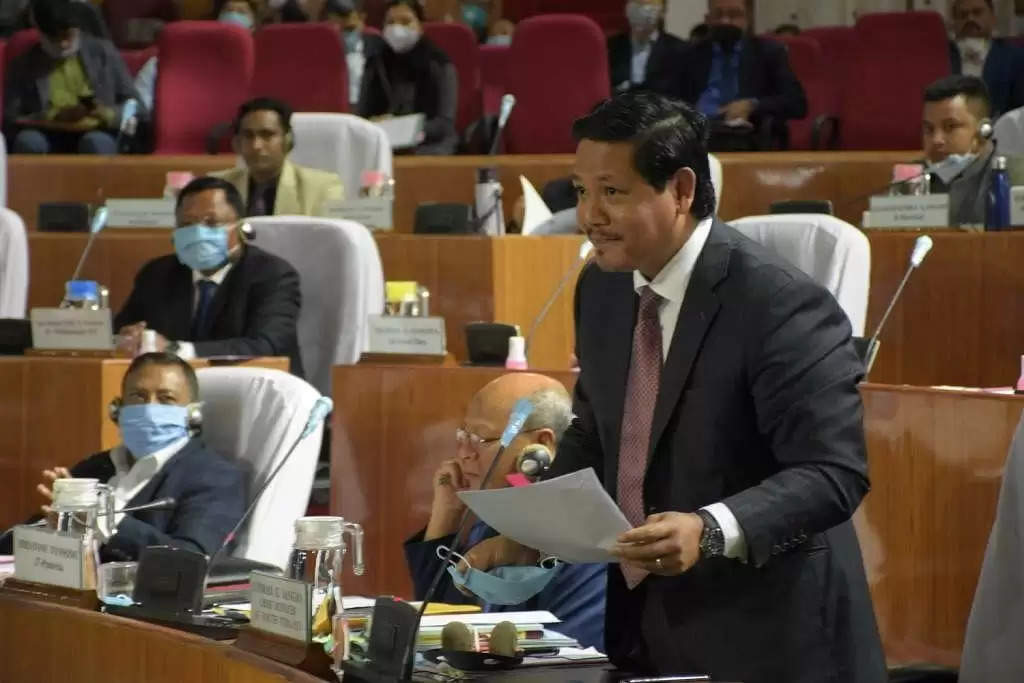 In the Assembly session today, the MLA of Mawlai Constituency, P. T Sawkmie, called for attention on the newspaper clipping that came out in local English daily, ‘The Shillong Times’ under the headline, ‘Centre allows Meghalaya to borrow Rs 194 crore to tide over the cash crunch.’

“The COVID-19 pandemic that we have seen since the last eight months, it has affected everyone all over the world.”

“We have seen that people have lost jobs, and economic activities have not picked up as we expected. All economic activities have come to a standstill. That is why it has come to the stage that the Government of India has given a proposal during a meeting the GST meeting in New Delhi in August. The meeting suggested that 20 states, including Meghalaya, opt for borrowing policy to tide the financial crunch,” Sawkmie said.

“It is a good initiative as the Govt of Meghalaya will not have to worry much in knowing that the Govt of India will be there to provide the help,” he said.

Meanwhile, Chief Minister Conrad K Sangma while speaking on the issue said, “We are therefore dependent on transfers from Government of India to meet expenditures like salaries and pensions and to invest in various development programs.”

“Every state is allowed to borrow annually up to 3 per cent of its GSDP as per the Fiscal Responsibility and Budget Management Act. The borrowing permission is given from time to time by the Department of Expenditure, Government of India, and states utilise the borrowings on their need by raising State Development Loans through the Reserve Bank of India,” he said.

The Chief Minister also added that the state government is prudently managing its expenditure during these hard times and is utilising all available resources to meet both establishment and development expenditure to ensure that the State moves in the path of growth and prosperity.