The meeting will be held at the Mawlai Petrol Pump, where participants will burn effigies of Chief Minister Conrad Sangma and Home Minister Lahkmen Rymbui, among others, representatives of the conglomeration said. 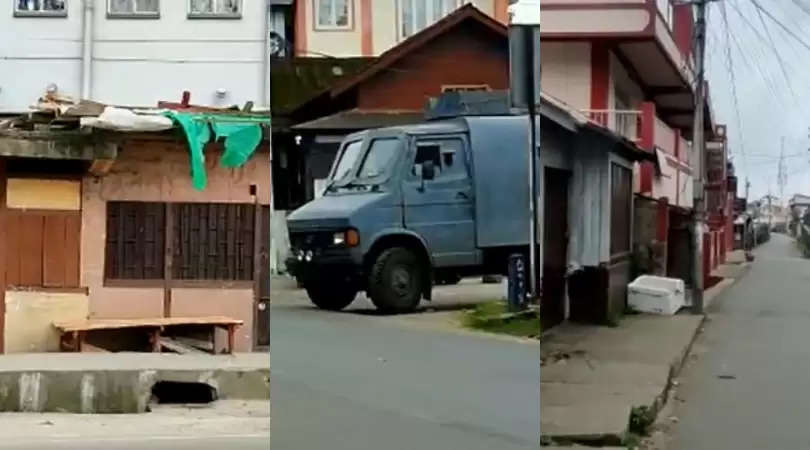 Ahead of a public meeting called by the Voice of Mawlai People, a conglomeration of several NGOs, to demand justice for the killing of ex-militant Cherish S Thangkhiew, at Mawlai on Wednesday, security arrangements have been beefed up across the city by the police.

The meeting will be held at the Mawlai Petrol Pump, where participants will burn effigies of Chief Minister Conrad Sangma and Home Minister Lahkmen Rymbui, among others, representatives of the conglomeration said.

Ahead of the meeting, shops and business outlets across Mawlai and nearby places remained closed since morning. According to the members, the closure of shops in Mawlai town was a routine procedure as received from the Block Development Officer (BDO) in line with the COVID-19 notifications.

Last week, during a meeting with the representatives of Mawlai, Chief Minister Conrad K Sangma had stated that no stress was emphasised on the seven-day deadline by the conglomeration and maintained that whatever the case may be, they will amicably resolve all those issues.

Earlier, the Voice of Mawlai people had demanded the immediate suspension of two top cops from East Jaintia Hills and East Khasi Hills, who they believed, were involved in the killing of Cherishsterfield.

Meanwhile, the family of late Cherish S Thangkhiew said that they want the police personnel involved in Thangkhiew’s encounter to be suspended.

“We don’t oppose the suspension of the police personnel who led the operation on August 13,” said Granary Thangkhiew, brother of the former HNLC leader, on behalf of the family.

On August 18, the family of late Thangkhiew had filed an FIR at the office of Superintendent of Police East Khasi Hills against the police officials involved in the supposed encounter.

He also added that their demand for justice will set a precedent that such incidents are not repeated in the future.

Meanwhile, Granary had appealed to everyone to maintain peace and harmony in the society. “We need peace in the Khasi society and the state as a whole,” he concluded.