The first volume features originals by local rap artistes from the Khasi and Jaintia Hills performing in their native languages on various themes, including the culture and traditions of the hills. 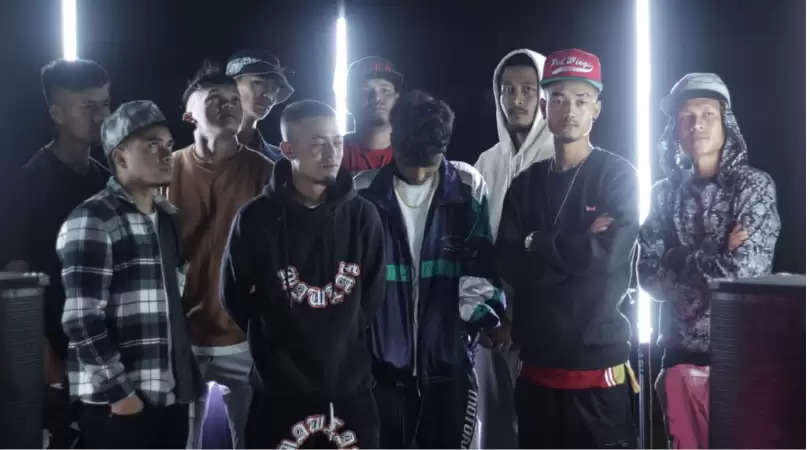 DBRYN Records, a music production company based in Shillong, released the first volume of their project titled "Meghalaya Cypher" featuring local musicians from across the state, on November 6.

The first volume features originals by local rap artistes from the Khasi and Jaintia Hills performing in their native languages on various themes, including the culture and traditions of the hills.

Over the years, the company, through its initiative - "Support Local Artist" - has been providing a platform to local talents of the state, and the Meghalaya Cypher three-volume series is a renewed effort from the record label to launch such talents.

Speaking to The Northeast Today (TNT) manager of DBRYN Records John Kharlyngdoh said, "Through this project, you will be able to listen to songs in different languages that exist in Meghalaya. This is the 7th project under the initiative to showcase upcoming music talents through video streaming websites and other platforms.”

"The main objective of this project is to bring the singers and musicians from across the districts of Meghalaya on one platform," Kharlyngdoh maintained.

The Meghalaya Cypher project identified more than 30 artistes from across the state, but because of the second lockdown and the restrictions, the project had to be divided into three volumes. “The other two volumes will be released shortly.” He said.

Kharlyngdoh further said, "We came out with this project understanding the fact that artistes from Khasi, Jaintia and Garo hills have very little exposure despite being immensely talented. So, as a team we are trying to give them a platform where they can exhibit their musical skills."