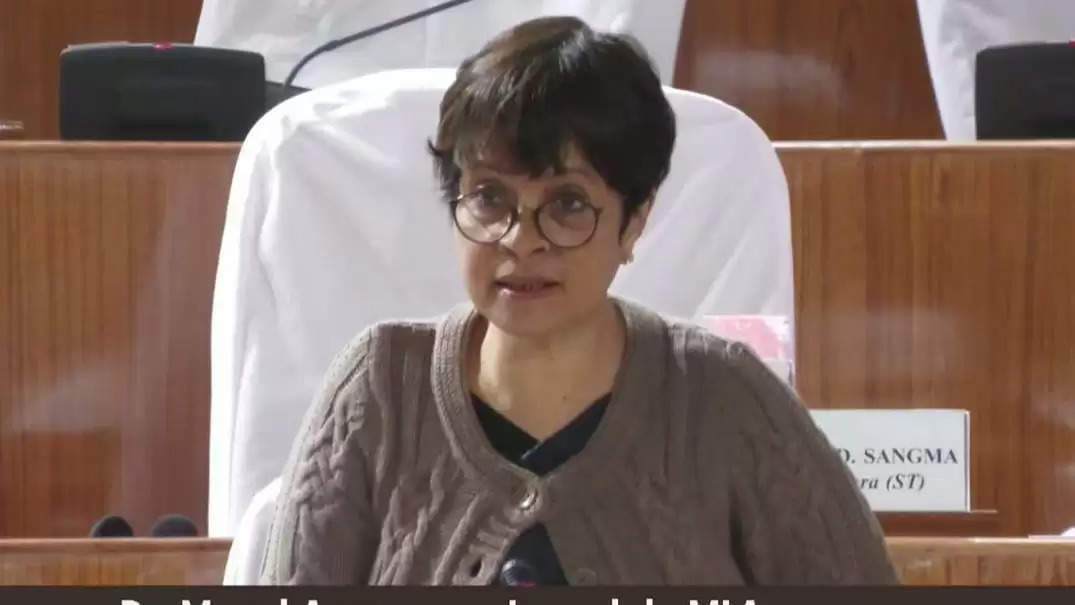 Moving a Zero Hour notice on the floor of the House during the ongoing budget session of the Meghalaya Legislative Assembly, Lyngdoh said they should equip the airport with essential components besides ensuring regular operation of flights.

Lyngdoh stated that the Shillong to Delhi flight, commissioned in December last year, was to operate regularly, but contrary to the arrangement is not the case.

She also raised questions on the ambiguity on flight rates, the total number of flights from Shillong to Delhi, online bookings, including the absence of several essential booths inside and outside the terminal.

“If we want to make the airport the pride of Meghalaya, these important components need to implemented,” she added.

Besides this, she said that they should allow vendors selling indigenous products to set up their stalls around the airport to enhance the “tourist-local interface” besides promoting the culture and tradition of the state.

“The look of the airport needs a complete facelift and should be a priority for budgeting,” she said.

She also highlighted the need to upgrade the roads leading to the airport.

“The roads are in a dilapidated condition. It does not paint a positive picture of our state. The airport is the first embarkment point for tourists,” she said.

Lyngdoh pointed out that there are no homestays, bed & breakfast establishments or stalls selling local cuisines near the airport.

“This airport could be an economic hub if it is immediately attended to,” she said.

Replying to the Zero Hour notice, Transport Minister Sniawbhalang Dhar admitted that the Shillong-Delhi Fly Big flight is operational only once a week, as against the previous engagement because of “low load.”

Concerning the Shillong-Kolkata flight operated by Indigo, Dhar said that the flights were regular from July 2019 until 2020 because of the COVID-19 pandemic.

“The flight services resumed in February 2021 and have been flying daily except on Sunday,” he said.

Regarding the points raised by Lyngdoh, the Transport Minister said the State Government would take up the issues with the Airports Authority of India (AAI).

To a query on road connectivity, Dhar admitted that there is a minor problem with the roads and said that the State Government is working on alternatives.

“Yes, the airport needs a facelift, and we will take it up with AAI. Landscaping is important, and we are trying to bring in all these facilities. All the suggestions are being noted and will try to address all these issues,” he added.