The Chief Minister also expressed shock and dismay at the impropriety of the opposition party in resorting to “personal attacks.” 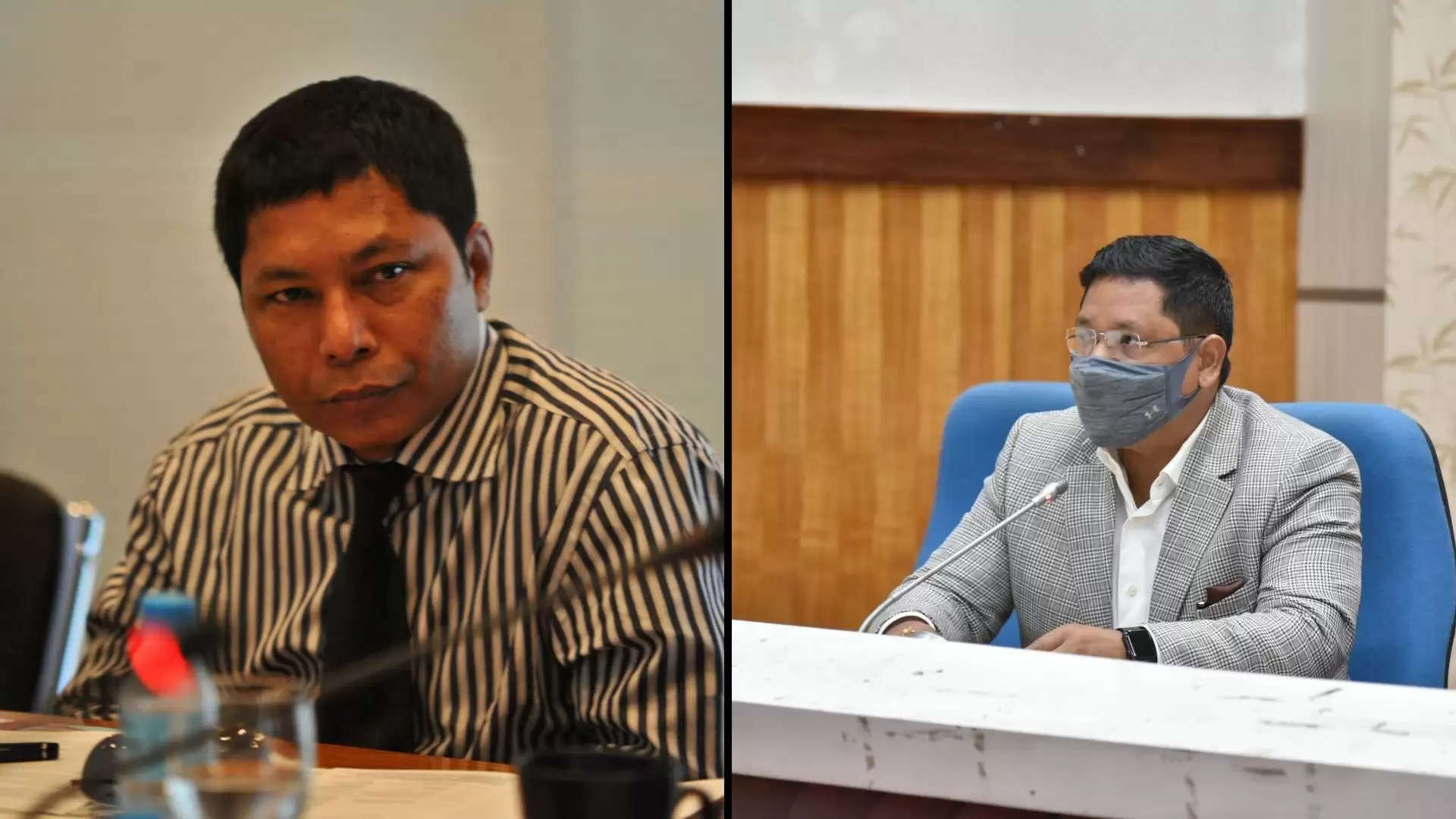 Meghalaya Chief Minister Conrad K. Sangma on Friday came down heavily on the Leader of Opposition (LO) Dr Mukul Sangma and BJP leader A.L. Hek for their remarks against the government’s handling of law and order in the state in the wake of the August 13 encounter killing of surrendered Hynñiewtrep National Liberation Council (HNLC) leader Cherish S. Thangkhiew.

Sangma termed the statements of the LO “desperate” and thoughtless. He reminded the Congress leader of the events that had transpired during the latter’s tenure as chief minister when the state was marred by “days and days” of bandhs (shutdowns) and violent incidents that often resulted in fatalities.

Restraining himself to avoid an easy “blame game” and whataboutery, the chief minister chose to advise Mukul Sangma to work with the ruling dispensation for the interest of the people, noting that it was not in the stature of the LO to make “immature statements” out of frustration.

The LO had on Thursday trained its gun on the government over law and order, accusing it of having “failed on all fronts,” while also calling for the formation of a new dispensation in the state.

The Chief Minister also expressed shock and dismay at the impropriety of the opposition party in resorting to “personal attacks.” While recommending the opposition to fix its leadership crisis, he accused the Congress of neglecting serious governance and focusing on “toppling the ruling government.”

“There are challenges we face as a government,” he said. “We are not here to say that we know all the answers to everything. I would urge the opposition to rise above all these political gimmicks. Let’s not get into petty political comments and get serious about working for our people.”

Sangma further chastised Bharatiya Janata Party (BJP) leader Hek for his “Taliban” remark and retorted that Hek was perhaps over-reacting because of “the recent change in ministership.”

Hek was recently dropped from the cabinet and replaced by Sanbor Shullai, another Member of Legislative Assembly from the BJP, following a recommendation from BJP state president Ernest Mawrie to honour the agreement made in 2018.

The chief minister urged Hek to conduct himself with professionalism and maturity. “This is not the way we deal with things,” he said, adding that “It’s an internal party matter of theirs and they should resolve it. It should not reflect on the government. He is an adviser to the CM and he should take the post seriously and advise adequately.”

Sangma similarly reserved harsh words for Congress spokesperson Randeep Singh Surjewala, who made derogatory remarks against the youth of Shillong. “It’s again another reflection of frustration; maybe because Sushmita Dev(former Congress leader from Assam) has left the party. They lost a very senior leader there,” the chief minister said, alluding to Dev’s exit from Congress in Assam to join the BJP.

Terming these remarks as “unfortunate,” the Chief Minister said, “They should realise that by insulting our people and state, they won’t achieve anything.”