Kurbah also said that, after the inspection it was found that the houses constructed with the project are now completed. 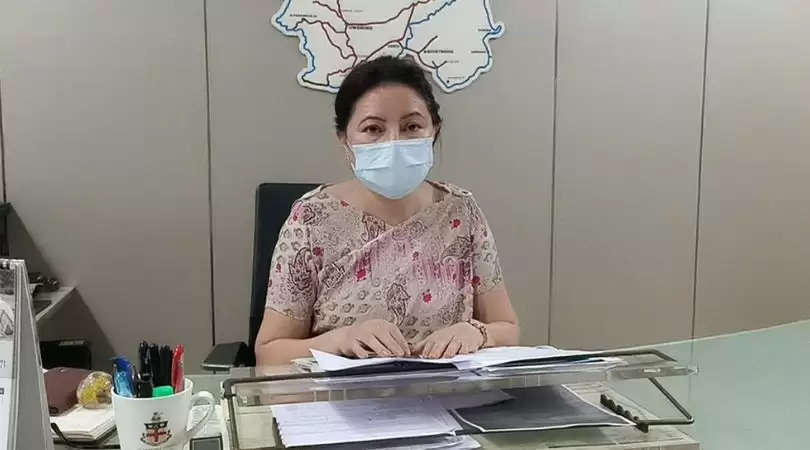 The Ri-Bhoi District Administration along with the Department of Urban Affairs has taken up an alternative decision to temporarily dedicate the Housing for Urban Poor residences for accommodating doctors and nurses who are at the front line fighting against COVID-19.

It may mentioned that the project of Housing for the Urban Poor was sanctioned by the Department of Urban Affairs constructed at Umbuda village in Nongpoh.

To take stock of the important construction that is left to be completed, the District official led by RM Kurbah, Deputy Commissioner inspected the site along with the Urban Affairs department engineer S Langstieh, Nongpoh Town Committee Chairman CB Syiem along with the Health Department officials.

Speaking to mediapersons, RM Kurbah said that, the decision was taken in view that many doctors and nurses who are working tirelessly to contain the virus were seen staying along with their family members which is a very concerned matter and that can lead to the spread of the virus to the other members.

She also said that, because of the unavailability of government quarters to accommodate the doctors and nurses, it has led the District Administration to take this step in temporarily dedicating this government structure for accommodating the health workers.

Kurbah also said that, after the inspection it was found that the houses constructed with the project are now completed except few that need to be carried out at the earliest by the line departments.

S. Langstieh, Urban Affairs Engineer informed that the project of Housing for Urban Poor around 44 units has been completed from which 40 Units will allot temporarily to the District Administration of Ri Bhoi for accommodating the Health Workers.