Eyeing the 2023 elections, he exuded confidence in the return of the party to power in Meghalaya. When asked about his role in the party, he disclosed little on whether he will contest elections for the seat of Member of Legislative Assembly or Member of Parliament. 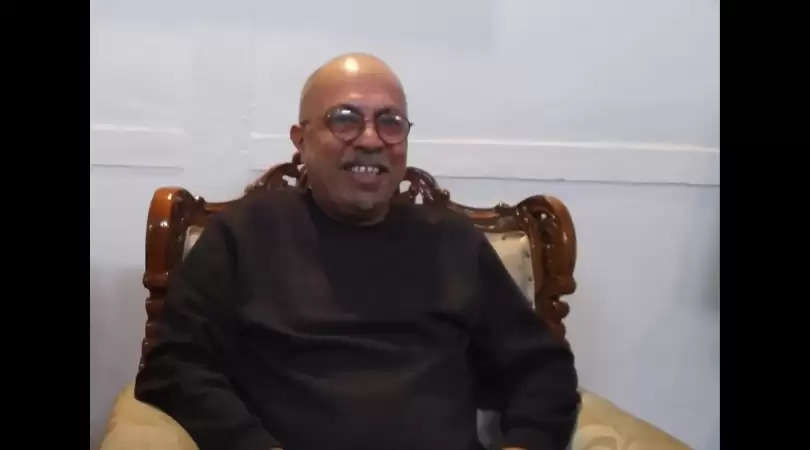 All set to make a comeback to politics, R.G. Lyngdoh, a former Congress minister, hopes to see a united Congress, which has lately been plagued with infighting.

Speaking to the press on Wednesday, Lyngdoh said, “I would like to see a united Congress without factions.”

Eyeing the 2023 elections, he exuded confidence in the return of the party to power in Meghalaya. When asked about his role in the party, he disclosed little on whether he will contest elections for the seat of Member of Legislative Assembly or Member of Parliament. He informed that Meghalaya Pradesh Congress Committee (MPCC) president Vincent Pala motivated him to make a comeback.

Lauding Pala’s amiable attitude, he said, “I am hopeful that is why I have come back. Not only hopeful, but I have also decided to lend a hand and do what I can. The current MPCC president is a team player. He likes to consult, which is a very good trend and that was missing in the past.”

With a struggling Congress at the centre and in the state, Lyngdoh maintained that team work will go a long way in getting the Congress party back to power in Meghalaya.

Commenting on why he chose the Congress instead of returning as an independent or joining the National People's Party (NPP), Lyngdoh observed that to be an independent politician is difficult in a democracy. He further criticised the state's regional parties as “living more in the past than in the future.”

“I am comfortable with the Congress. I have been here. The ruling NPP is taking the state in a wrong direction and I am a little suspicious of the ideology of the Bharatiya Janata Party,” he said.

Lyngdoh, who was a former Home Minister, raised concern that a bad precedent is being set, with residents in certain pockets taking the law in their own hands. As for the incident in which masked miscreants were seen brandishing stolen police rifles, Lyngdoh called it a "scary picture" for those outside the state. He said the brief episode was more of an emotional reaction than a rational reaction to the alleged killing of surrendered militant Cherish Thangkhiew.

Giving his view on Home Minister Lahkmen Rymbui’s letter to the CM requesting he be relieved from the Home portfolio following the August 13 incident, Lyngdoh said, “There should be courage of conviction in whatever you do.”