Stating that the electorate is not inclined to vote for the BJP in Meghalaya, Mukul Sangma said that the saffron party is operating through its B-team - the regional parties. 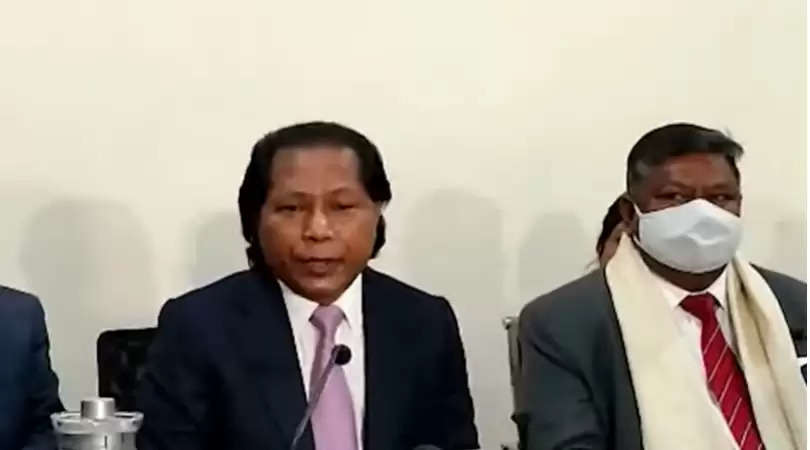 Leader of Opposition and former Chief Minister Mukul Sangma along with 11 other Congress MLAs on November 25 formally joined the All India Trinamool Congress (AITC) to fight against the “divisive forces” in the country.

The leaders blamed the Congress’ ineffectiveness as the main reason for their decision to merge with the Mamata Banerjee-led party, which, according to them, is a strong pan India alternative to the people of the state and nation.

Today, the twelve MLAs also appeared before the Assembly Speaker Metbah Lyngdoh, who assured that he would examine the letter that was submitted by the Congress defectors on November 24.

Terming it as a momentous occasion for the state of Meghalaya, Sangma said that by merging with the AITC, they are setting a new trend for the future of the state, region and the nation.

“It (joining AITC) is a culmination of a long drawn exercise directed towards a political party which shares the same objective of fighting against the divisive forces which have become stronger and stronger,” he added.

Stating Congress’ failure to respond to the call of duty as an opposition as the reason behind the switchover, the former Chief Minister said, “Today, the pulse of the people says that there is a need for a strong pan India alternative as a political party. Therefore, our exercise to find a viable pan India option to take care of the state and the nation culminated into this decision,” he stated.

Sangma said that they did an exhaustive study and explored the options available within the Congress. “As far as Indian National Congress (INC) is concerned, we have tried our best to prevail upon the leadership but failed. (Therefore), we have looked at the available space before us to play the role of the opposition and seek the mandate of the people to be at helm of affairs,” he said.

Alleging that the National People’s Party (NPP)-led government in Meghalaya was installed by the Bharatiya Janata Party (BJP), Sangma said, “NPP is part of the team…it is amazing that they sometimes speak against each other but aren’t they the same? We have to be determined, we have to take our political opponent head on and that is what people expect. We can’t just have lip service.”

Stating that the electorate is not inclined to vote for the BJP in Meghalaya, Mukul Sangma said that the saffron party is operating through its B-team - the regional parties.

“Therefore, they (BJP) are smart, they have created regional parties as their B-Team and they are effectively and very efficiently operating through this modus operandi,” he added.

Sangma went on to say that one cannot compare the NPP with AITC as “the whole objective; the whole ideology that the latter is affiliated to, is completely different from the NPP and other political parties”.

The former Congress leader further informed that the AITC will go beyond the boundaries of Meghalaya and will expand in the Northeast and exude confidence that the Mamata Banerjee-led party will be accepted by the people of Meghalaya and the region.