Eighty-eight new Guardsmen (75 men and 13 women) took the oath of allegiance to the Constitution of India during the passing out parade. 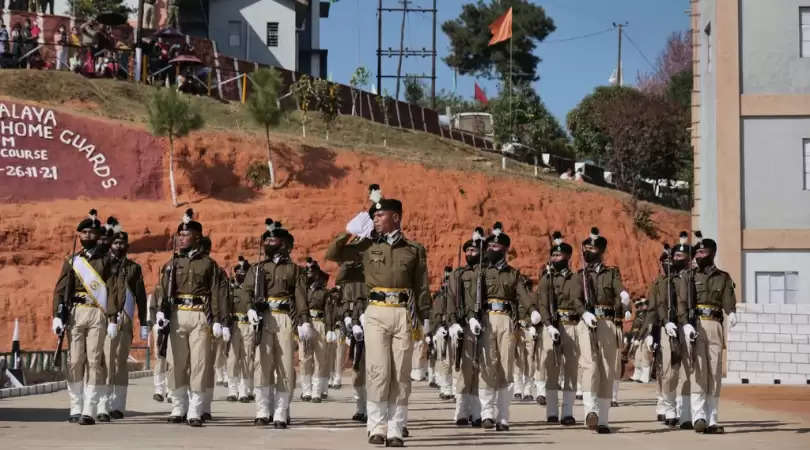 The passing out parade of the 4th Basic Course of Guardsmen of the Central Training Institute of Civil Defence and Home Guards was held at the institute’s parade ground in Mawdiangdiang, Shillong, on November 26.

The parade was attended by Commandant General of Home Guards, AR Mawthoh IPS, who was also the chief guest at the occasion, and Commandant of Central Training Institute of Civil Defence & Home Guards, WH Khongsngi, along with other officials.

Congratulating the 88 new Guardsmen (75 men and 13 women), who passed out from the institution after completing 9 months of basic training, Mawthoh said, “Discipline and professionalism are part and parcel of a uniform service and the guardsmen who have passed out must serve the state and the country with utmost dedication.”

“Basic training aims to prepare you mentally and physically to face the challenges you will encounter in your service career. This indeed will be the most memorable moment in your career,” he added.

The Guardsmen also took the oath of allegiance to the Constitution of India during the passing out parade.

Khongsngi, while delivering the training report during the parade, informed the gathering that apart from physical training, weapons training, foot and arms drill, the Guardsmen are also trained on subjects such as civil defence and disaster management.