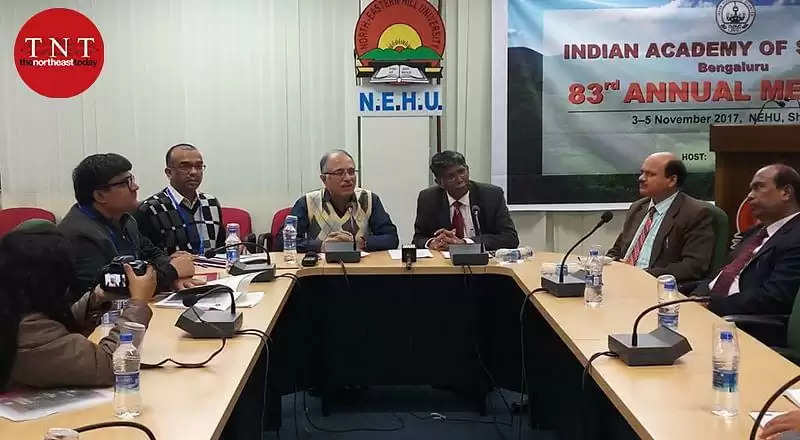 Shillong, Nov 02, 2017: With science and technology becoming even more imperative in this generation, it is however, unfortunate to note that the representation of Science in the Northeast is not that high.

According to Ram Ramaswamy, president of the Indian Academy of Sciences (IAS), Bangalore, he observed that the representation of Science in the Northeast is minimal even as informing that the academy is taking various steps to address this problem in a big way.

Talking to media persons at NEHU on Thursday, Ramaswamy informed that every year the academy give out about 2000 fellowships for students who are working in the first  year of MSc or in BSC on any subject.

"We provide them with an opportunity to work on another laboratory for two months. It's a fully paid summer fellowship," the IAS president said.

He further informed that during the current year, they are providing scholarship to any student studying in the Northeast.

"It is encouraging to see that there over 100 students from the region who have availed the fellowship had gone to different part of India to do their work," IAS president said.

He further stated that this is one kind of intervention which the academy have done to encourage students and researchers to take up science at the higher level adding that the number will start building up in the years to come.

While highlighting on the session of the 83rd Annual General Meeting of the academy which will be held at NEHU from November 3 to 5, he said that they will be organising two high level scientific symposia during the three days meeting on the topics "New Technologies Changing Our Lives" and "Earth Science of the Northeast".

He also informed that the deliberations also include two special lectures on "Averaging of positive definite matrices" and 'targeted therapy for cancer treatment. Have we found the magic bullet".

He further added over the past three days, the participants will also have an opportunity to interact with some of the leading researchers of the country.