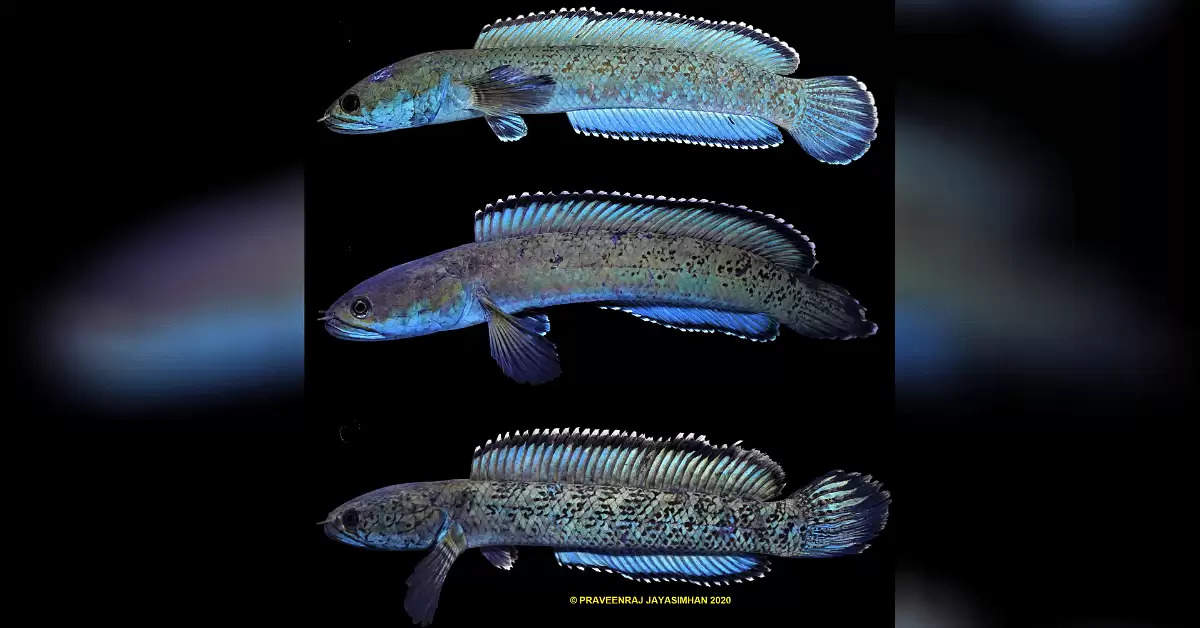 Meghalaya boosted its name as a key area for biodiversity conservation because of its high species diversity, which led to the discovery of a new species of Channa, a genus of predatory fish in the family Channidae, commonly known as snakehead (locally known as Dohthli), native to freshwater habitats in Asia.

This species of Channa is named ‘Channa aristonei’ after a Shillong-based freshwater enthusiast and former MMA fighter Aristone M. Ryndongsngi, who also holds a degree in Fisheries Science from St Anthony’s College, Shillong.

Ryndongsngi discovered the species in 2017 when he accidentally collected the new species, thinking that it is Channa pardalis, and was trying to find the habitat of this snakehead species, discovered from West Khasi Hills in 2016.

After noticing some peculiarities in its morphological characters, he sent photos of it to an expert in Indian snakehead fish - Dr J. Praveenraj, for confirmation.

“J Praveenraj confirmed it to be new and asked for specimens for official description, he wanted to have a very good natural photo of the fish in live condition, so he conducted a field trip in 2019, November and collected the live specimens for study,” Ryndongsngi said.

“He did DNA work and prepared the manuscript, and it all took an entire year for the official description,” he added.

“Praveenraj and his team named the species after me in Latin, Channa aristonei. I also thank my teacher Dr R. Bhuyan, D. Sarah Kharbuli, (L) Dr D. Ghosh and Dr Rupak Nath, who inspired me during my postgraduate studies in aquaculture,” Ryndongsngi said.

“We predicted it to be new and conducted field trips in the East Khasi Hills of Meghalaya to get the sample for official description. We collected the samples, conducted morphological, and DNA studies and found it was a species new to science. To honour the discoverer and for his immense support during our field trip, we named the species Channa aristonei,” Praveenraj said.

Speaking about this achievement, Aristone M. Ryndongsngi said, “It gives me immense pleasure to have a species named after me, and this is a lifetime achievement for me. I also feel overjoyed to have a beautiful snakehead fish in my name. Right from my childhood, I always dreamt of having any discovery to be honoured in my name.”

Also Read: EDITORIAL | When can we expect an early solution to Naga Political Issue?

Snakehead fish are small-sized to large-bodied fish with a size range of 10-180 cm. It belongs to the fish family Channidae. They have a head shape resembling that of a snake and have specialized air-breathing organs in their gills, which enables them to inhale atmospheric oxygen.

They are edible and valued as ornamental fishes. Many of the colourful snakeheads inhabit the hill streams, swamps, wetlands and lakes of Northeastern India, which currently harbours including the discovery of 11 species.

Bankitkupar Mukhim, a Subject Matter Specialist (Fisheries) at ICAR-Krishi Vigyan Kendra, Ri Bhoi, Meghalaya and member of the team, opine that this discovery is a great achievement for Aristone and will create interest among the youth of the state towards conserving indigenous fish species.