The Programme aims to digitise the cultural history of the two regions of the state in the form of digital archives. 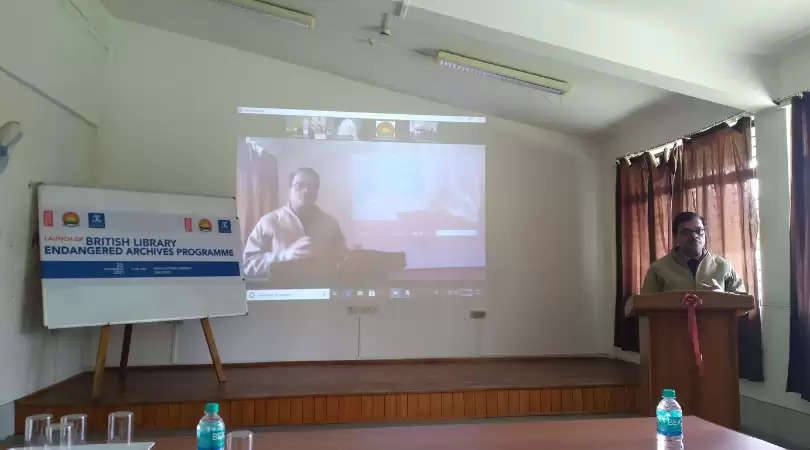 In a bid to preserve the endangered cultural heritage of Khasi and Jaintia Hills and keep up with the changing times, Vice-Chancellor of North Eastern Hill University (NEHU), Prabha Shankar Shukla, launched the British Library Endangered Archives Programme (BLEAP) on November 25.

The Programme aims to digitise the cultural history of the two regions of the state in the form of digital archives.

Speaking at the launch programme, Shukla expressed optimism on the project, stating that it will play an important role in preserving the endangered knowledge of various tribal communities.

Noted folklorist and NEHU professor Desmond Kharmawphlang told reporters that the BLEAP project is administered by the British Library, while the funding is done by Arcadia which is an international humanitarian organization whose objective is to preserve the cultural heritage across the globe.

Kharmawphlang had earlier shared the need to preserve the endangered cultural heritage to a linguist who then suggested that the British Library has a project designed for such purposes.

Encouraged by this, Kharmawphlang together with Andrew May who is a Professor at the University of Melbourne sent a joint letter to the British Library in January 2019.

“After 5 months, the British Library has approved the funding. This is a great blessing for the state. We are currently working on Khasi and Jaintia Hills. It is a pilot project and we intend to work for 6 months in one year but things were stalled due to the pandemic,” Kharmawphlang said.

As a pilot sample, the team started by digitising the book “Folk Literature of Assam”. He said, “It is a book I found in the store-room of logs. The pages of the book have fallen apart. It was published in 1954, even Gauhati University does not have the copies anymore.”

He also said that another book for which there are no copies available is “Khasi Jaintia tales and beliefs” by I.M. Simon.

Kharmawphlang urged family members, institutions who are in possession of important documents to share anything which they feel is an endangered cultural heritage to the team.

“The project is intended to preserve the documents by digitising them. We will not take it from them, the copyright belongs to them and will be preserved in a systematic manner. The digitised copies will be in the British Library and NEHU library,” he said.

It is learnt that the project involves making copies (digital photographs) of cultural and historical materials owned by individuals and institutions. The preserved digital copies will be available freely online to anybody who is interested in the history and culture of the region.