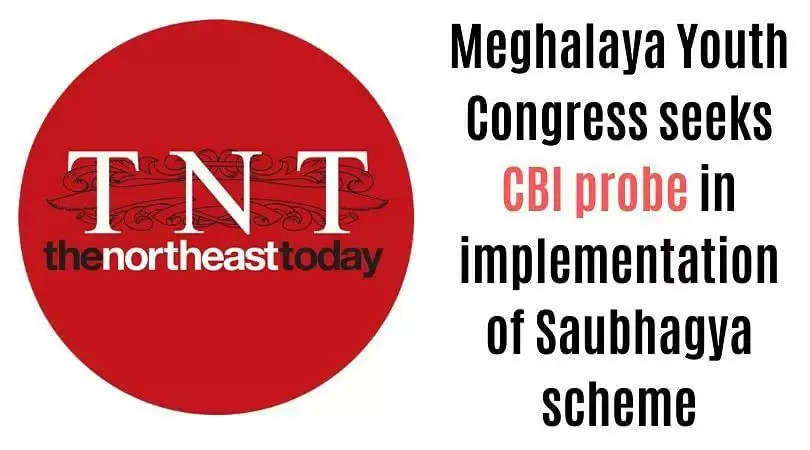 The Youth Congress members from Meghalaya have demanded a CBI probe into the alleged violation of terms and conditions in the bidding document in the allotment of Saubhagya scheme by the National People's Party (NPP)-led state government.

"We demand a CBI probe to bring out the facts into the alleged manipulation of the terms and conditions in the bidding documents of Saubhagya scheme to favour some contractors," Youth Congress president, Richard Mrong Marak said.

He claimed that the qualifying criteria were manipulated as such to ensure that the works were allotted to contractors on the pretext that firms with high financial and technical capability will be given the work for implementation of Saubhagya scheme in the state as the deadline for implementing the universal household electrification was very short.

On Monday, the Youth Congress workers led by Marak also staged a protest against the government and the Meghalaya Energy Corporation Limited (MeECL) outside the gate of MeECL office at Tura, the district headquarters of West Garo Hills against the alleged manipulation.

"Let the CBI probe into it and they will find out why was the tender value of Rs 179 crore for the Saubhagya scheme allotted for an amount of Rs 270 crore which is Rs 91 crore higher than the original estimate," Marak said.

Hitting out at the Meghalaya government for poor implementation of the Saubhagya scheme, Marak said the electrification work under Saubhagya scheme in Garo Hills has come to a standstill after the M/S Onycon left the work in between.

"In Garo Hills, more than 1,000 villages were to be covered for 100 per cent electrification. But as of date even after more than a year of tendering work has started in only 300-400 villages, which are also not yet completed and not even 30-40 per cent work has progress in the ground," he claimed.

He said the whole tendering process, fixation of high qualification criteria; selection of contractors, leaving of work by M/S Onycon, delay of work progress gives a clear picture beyond reasonable doubt that the whole system of MeECL was at fault and the people of Garo Hills needs an answer for the blatant misuse of public money.