A notice, which was served by the EKH Deputy Commissioner (DC) on August 31, mentioned that the protests were held without obtaining necessary permission from the district authorities, "which is a total violation of the COVID-19 protocols". 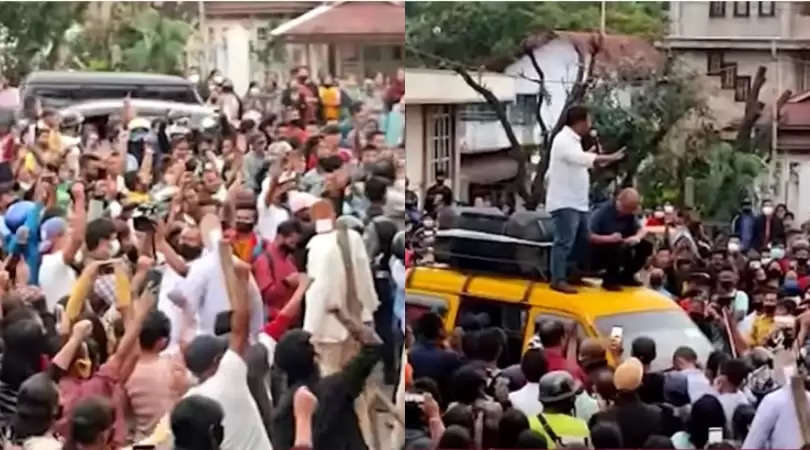 East Khasi Hills (EKH) district administration served a show-cause notice to several members of the Voice of Mawlai People, a conglomeration of NGOs, for violating COVID-19 protocols by organising a public gathering and candlelight rally on August 25 and 27, respectively.

The conglomeration had organised the demonstrations as a part of a series of protests against the killing of ex-militant Cheristerfield Thangkhiew on August 13.

A notice, which was served by the EKH Deputy Commissioner (DC) on August 31, mentioned that the protests were held without obtaining necessary permission from the district authorities, "which is a total violation of the COVID-19 protocols".

On August 25, the members of the Voice of Mawlai people had convened a gathering at Mawlai Nongkwar near Thangkhiew Petrol Pump, where more than 1500 people took part and burnt effigies of ministers and police officials demanding suspension of police officials involved in the Cheristerfield Encounter.

"You have failed to ensure compliance to the COVID-19 protocols as the gathering was crowded in a limited space at Mawlai Petrol pump," the notice stated. A day after the demonstration, the district administration had served a letter to the members, but the protestors went ahead with their candlelight rally on August 27 from Petrol Pump to Mawlai Mawdatbaki. “In the video footage, it was also seen that up to 1000 people attended, many were without masks and there was little social distancing observed," read the notice.

The members have been directed to reply to the show-cause notice on or before September 6, justifying why action should not be initiated against them under the relevant section of the Indian Penal Code (IPC), Disaster Management Act and the Meghalaya Epidemic Disease, COVID Regulations, 2020 for organising such unauthorised gatherings in total violation of SOPs.

The DC noted that this violation is a cause of concern as the COVID situation hasn’t subsided completely and fresh cases are getting reported every day. "Ninety-four deaths have been reported from the area (Mawlai) since May. There is no room for complacency and therefore, such acts will defeat the efforts of the administration, health department and public at large to contain the spread of COVID-19," the DC said.

When contacted, members of the Voice of Mawlai People said these are only scare tactics of the government. "We condemn the double-standard of the government. On one hand it talks about violation of SOPs, and on the other, they violate the law being lawmakers,” said Marbud Dkhar, a member of the conglomeration, adding that they would reply to the notice by visiting the DC office with all the members.

He also informed that the conglomeration will continue the protests in the coming weeks demanding the suspension of police officials involved in the encounter.