During the rally, Granary Starfield Thangkhiew, brother of the slain ex-militant Cherish S. Thangkhiew, questioned the "intention" of the state government behind "killing" his brother. 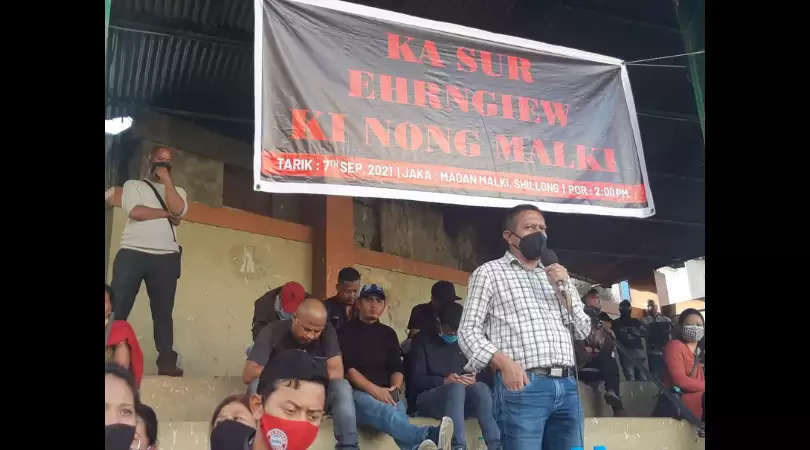 Residents of Malki, under the banner of Ka Sur Eh-Rngiew ki Nong Malki (Voice of Malki People), responded to the call for participation in the "Justice for Cheristerfield" movement, and organised a public meeting at Malki ground, Shillong on Tuesday.

“I want to ask the Conrad government and the coalition partners - why didn't they arrest him and allow him to stand trial? What is the motive behind killing my brother?” he asked.

Speaking to the press after the meeting, one of the leaders from Sur ki Nong Mawlai, Donbok Kharlyngdoh, criticised the Cabinet Minister and Member of Legislative Assembly of Mawkyrwat, Renikton Lyngdoh Tongkhar for refusing to sign the letter of support to the demands of the Sur ki Nong Mawlai.

“He (Tongkhar) said that the matter will be discussed in the Regional Democratic Alliance (RDA) with UDP (United Democratic Party). He wants to prioritise the needs of the jaitbynriew or his seat?” Kharlyngdoh asked.

Clarifying his stand on the signing of the letter, MLA Tongkhar, said that he never said he won’t sign the letter. “I have requested them to give me some time to discuss with the party colleagues in the RDA and after that, if we sign, we all will sign it together,” he said.

The Sur of nong Mawlai leaders also reacted to the reported move of the Director-General of Police, R. Chandranathan to write to the government, seeking leave, and said, “Let him take leave and do not come back (sic).”

“How can he ask for leave when the judicial inquiry is still going on?" questioned another leader Marbud Dkhar, while questioning the delay of the government in suspending the top cops.