The residents stopped officers and staff from MeECL, Meghalaya State Pollution Control Board and district authorities from conducting the public hearing. 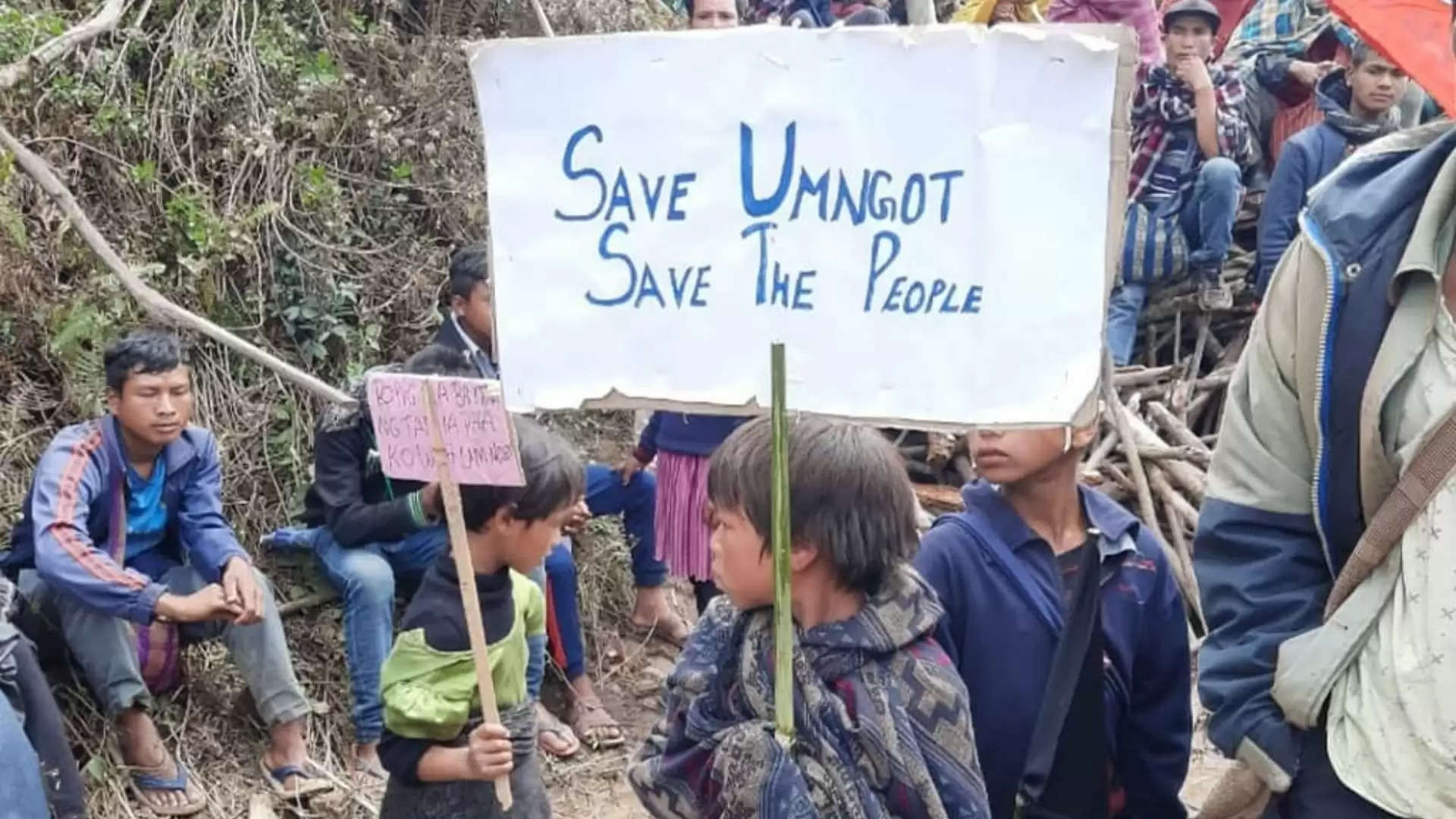 The attempt of the Meghalaya Energy Corporation Limited (MeECL) to conduct a public hearing vis-a-vis the construction of a dam for the Umngot Hydro Power Project, failed after hundreds of residents from different villages under Mawkynrew Block in East Khasi Hills, staged a protest.

The public hearing was supposed to be held at Siangkhnai village on Thursday but, due to the stiff opposition from the villagers, who carried placards and shouted slogans, the meeting was called off.

The residents stopped officers and staff from MeECL, Meghalaya State Pollution Control Board and district authorities from conducting the public hearing.

"The construction of the dam would affect agricultural lands and forests, which are the main sources of our livelihood," said the villagers.

"The construction of a dam would bring (in) the much-needed development to villages," they said, adding that a similar project was proposed in 2006, but the same did not materialise.

Meanwhile, a similar public hearing was held at Moosakhia on Friday, and the same was also called off, following stiff opposition from the residents.

Villages under Elaka Darrang, which include Darrang, Shnongpdeng and Dawki, had decided to close the tourist spots on Friday, requesting the residents to attend the hearing and voice their opposition against the proposed construction of a dam in the Umngot river.

They asserted that the villages downstream would be impacted if this dam is built.

The Thma U Rangli Juki (TUR) has extended its support to the residents and farmers of Raid Lyngshing who are opposing the Umngot Hydro Electric Project.

"The government should sanction funds to help the poor farmers and not to spend it on the construction of a dam," TUR said in a statement issued here on Thursday.