According to sources, there were four bids placed by various parties and, as is the norm, the weighbridge permission went to the highest bidder. 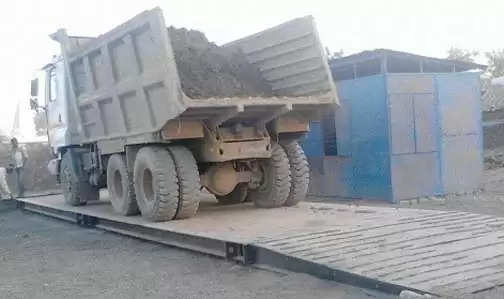 Many shades of grey seem to tumble out from the cupboard of the state’s transport department after it was revealed that a notified weighbridge in the village of Wageasi was "overlooked" by authorities to allow for the setting up of another one at a place where no weighbridge exists.

According to information gathered, the state government had, through a notification in August 2019, sought bids from various parties for the setting up of a weighbridge at the village of Wageasi in North Garo Hills (NGH).

The place became strategically important, as many trucks were using the village road through Gairong to bypass paying royalty and fines.

Sources informed that with the setting up of a transport weighbridge at Wageasi, the illegal movement of trucks could have been checked.

According to sources, there were four bids placed by various parties and, as is the norm, the weighbridge permission went to the highest bidder.

However, the winning bid was for a weighbridge at Chima Apal, about 10 kilometres from the village of Wageasi.

Recently, following complaints from various quarters, the commissioner of transport is said to have visited Wageasi, where an operational weighbridge has already been set up.

Currently, the transport department on NH–62 operates out of the Depa Garat weighbridge, near Dainadubi in NGH.

When contacted on the matter, Transport Commissioner IW Ingty said that they were waiting for a written complaint to be submitted to them before they can initiate any action.

Meanwhile, sources confirmed that a case against the set-up of the weighbridge will be taken up soon in the High Court of Meghalaya.