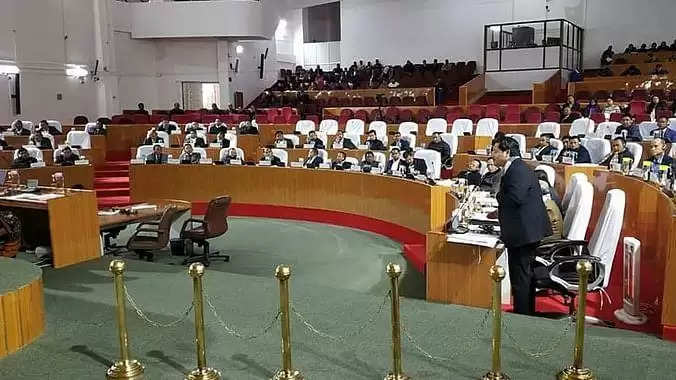 The Meghalaya Legislative Assembly is all set to witness a stormy Autumn Session on Thursday, November 5, as the Opposition gears up to raise several pertinent issues on the floor of the house.

Some of these issues include coal mining, uranium mining, the situation in Ichamati, the current financial situation in the state, and the alleged corruption in the Garo Hills Autonomous District Council (GHADC).

The five-day session will begin on Thursday and will conclude on November 12.

However, there will be no session on November 6 on account of the Wangala Dance festival.

The Opposition Congress will be holding a meeting soon after Thursday's session to discuss several issues which they intend to raise in the Assembly.

According to sources, there is a high possibility that the Opposition might move a No-Confidence Motion against the ruling Meghalaya Democratic Alliance (MDA) government over several issues, particularly the alleged illegal mining and transportation of coal.

Congress sources also informed that the total expenditure spent by the state government amounting to Rs. 399 crore, would be raised in the house next week.

“Besides this, we would also be raising the Ichamati issue and the statements raised by the former governor of Meghalaya (Tathagata Roy) on Twitter,” sources said.

Meanwhile, the Commissioner and Secretary of the Meghalaya Legislative Assembly, Andrew Simons, said that they would ensure strict adherence to COVID-19 protocol during the session.

“Wearing masks and maintaining hand hygiene, and social distancing will be mandatory,” he said.