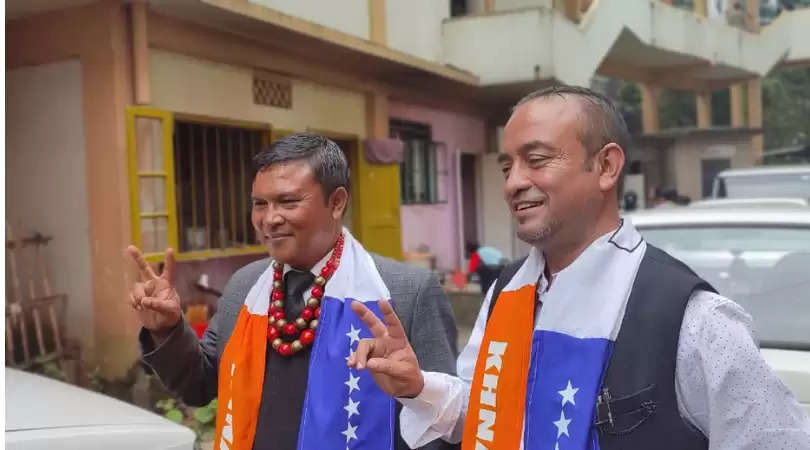 Scrutiny of the nomination papers of candidate Esron Marweiñ was put on hold on Monday. Marweiñ is the candidate of the Khun Hynñiewtrep National Awakening Movement (KHNAM) for the Mawryngkneng constituency bye-election slated for October 30.

State Chief Electoral Officer FR Kharkongor informed that the nomination of Marweiñ has not been scrutinized, as they have decided to wait for the verdict to be delivered by the Delhi High Court on Tuesday in regard to the dispute over the party leadership.

As many as 13 candidates have joined the fray for the upcoming bye-elections Mawryngkneng, Mawphlang, and Rajabala.

The nominations of other candidates were scrutinized and found valid.

It may be mentioned here that the KHNAM has split into two factions—one led by Pyndapborthiaw Saibon and the other by Adelbert Nongrum, a party legislator from North Shillong.

Saibon had submitted a complaint before the Chief Election Officer against the fielding of a candidate for the Mawryngkneng bye-poll in the name of KHNAM given the on-going dispute.

The votes for the October 30 bye-elections will be counted on November 2.