Meghalaya: Protests held in Ri-Bhoi over opening of wine shop 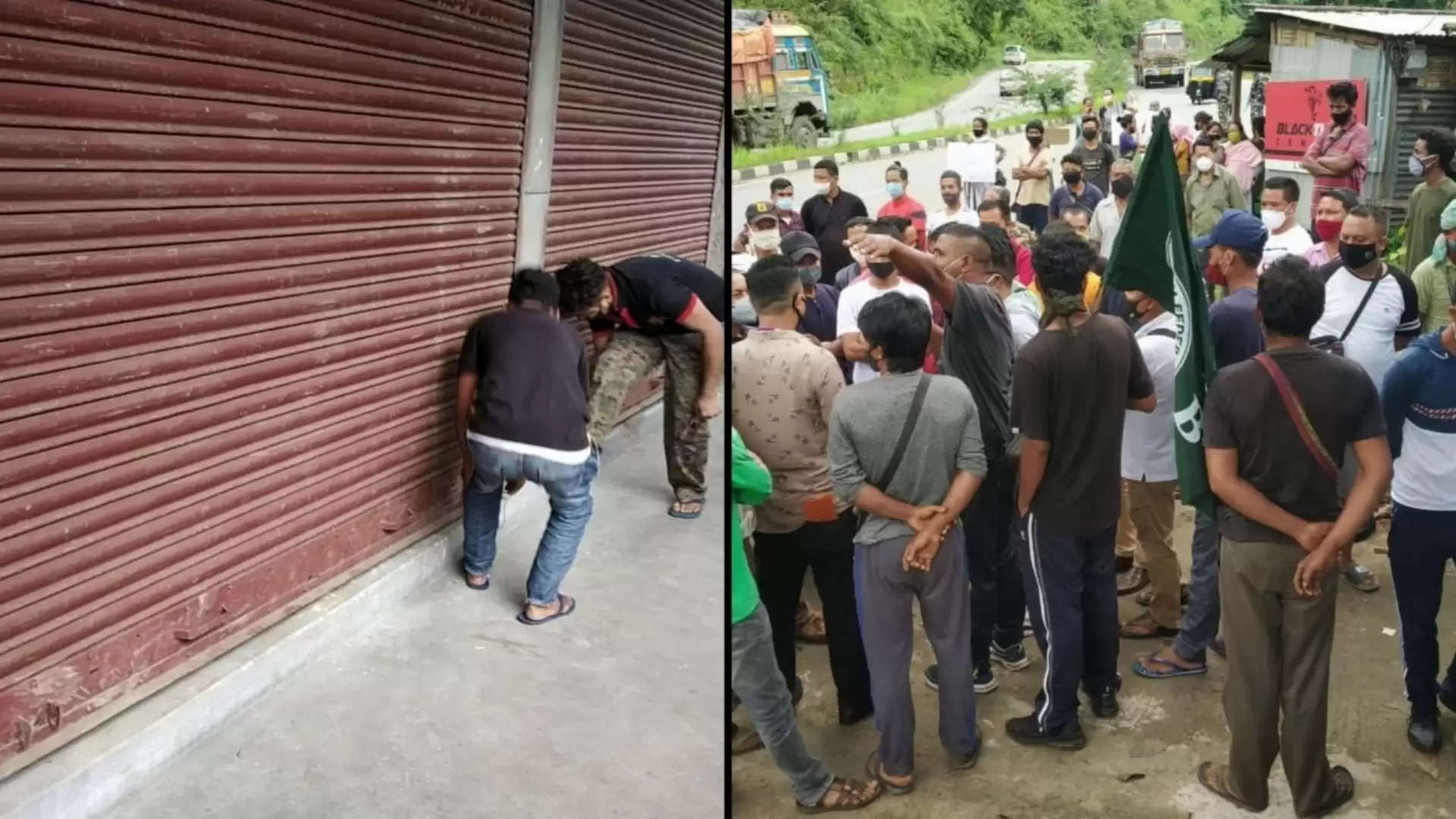 The local people of several villages in Ri-Bhoi district on Wednesday gathered to protest the newly opened wine shop which it alleged that the owner of the wine store has failed to respect the opposition on the erection of the same by the Dorbar Shnong.

According to sources, the wine shop was constructed close along the National Highway-6 near Umrangksai village and Lumbyrhing village and owned by one Cornelius Kharhunai.

However, it was informed that after possessing all the legal processes from the traditional heads and government, the wine shop was opened on Wednesday.

It may be noted that because of a large gathering of people protesting, police and CRPF personnel were deployed to maintain the law and order situations.

The village leaders of Nongkhrah, Umrangksai, Lumbyrhing village, including women bodies, have expressed their deep concern on the opening of such wine store as it encourages youths to fall under bad vices.