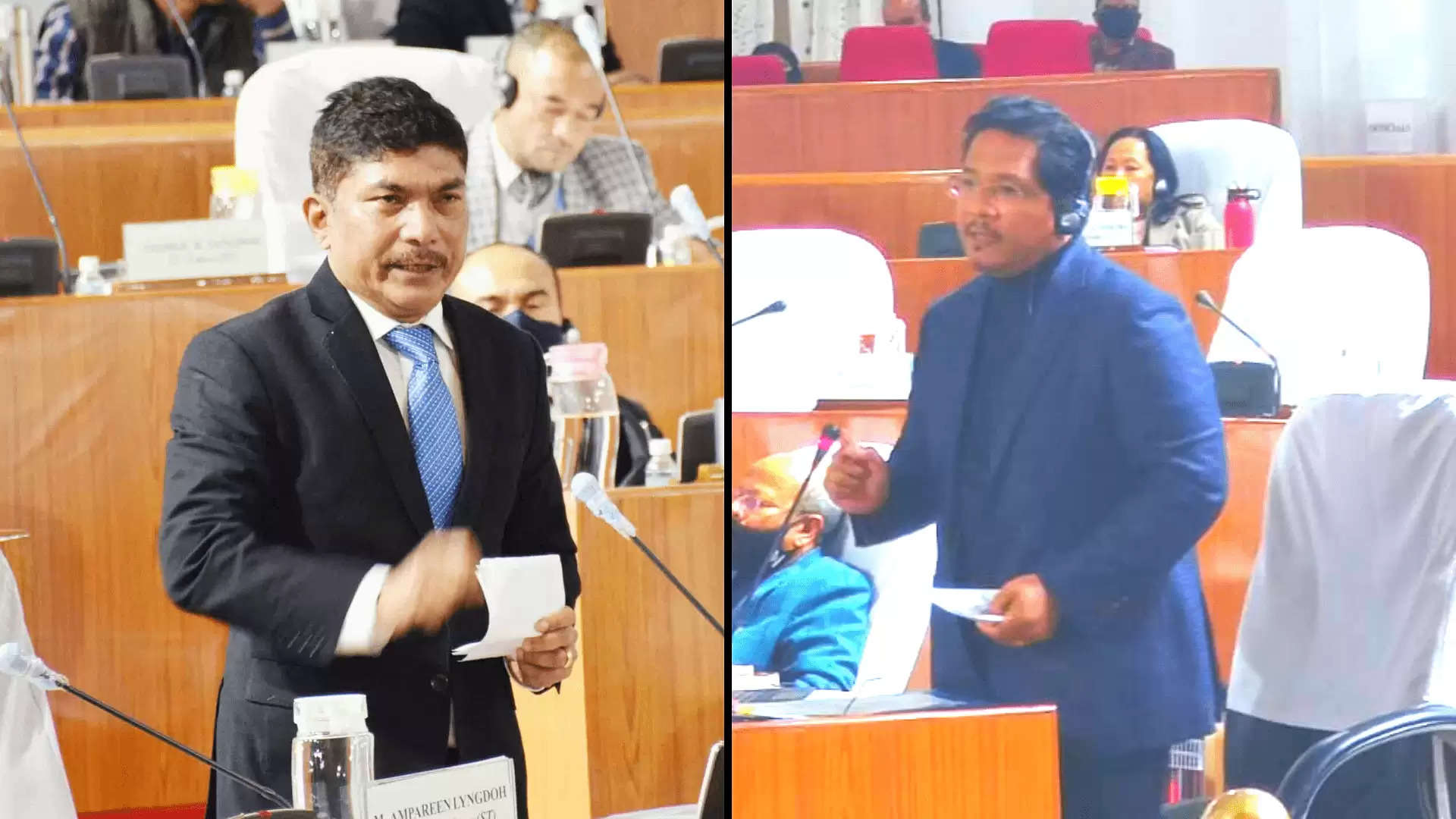 Meghalaya Chief Minister Conrad K Sangma, on Tuesday, hit back at the Opposition Congress over the issue relating to the power supply crisis in the State.

Sangma told the House during the ongoing budget session of the Meghalaya Legislative Assembly that this mess was created way back in 2007 when the then Congress Government had signed a Power Purchase Agreement (PPA) with the National Thermal Power Corporation of India (NTPC).

“I don’t believe in blame game but, I need to clarify this for the sake of clarity. The people should know the background of this mess and, that is why today, NTPC can invoke certain provisions to the agreement where they can simply stop us from buying power from other companies,” Sangma said.

The Chief Minister told the House that the NTPC has stopped the Meghalaya Government from drawing power from the integrated despatch centre besides preventing the State from taking power from other generation companies.

“It is a very strange situation, where we are not taking power from NTPC and have not taken power from them for three years since 2017; yet today, NTPC could stop the Government of Meghalaya from taking power from other companies,” he said.

Furthermore, Sangma informed that the State had stopped drawing power from NTPC for the past three years because, based on the said agreement, the government is supposed to purchase power from them at Rs 5.7 per unit, “which is much higher than the market rate”.

Because of this agreement, today, the State is faced with a situation where the NTPC is “literally arm twisting the Government of Meghalaya and stopping us from buying power from other generation companies," he added.

Hitting out at the Opposition Congress, the Chief Minister questioned the "mind" of the then government when they signed the agreement in 2007.

“I just don’t understand how the then government could put the people of the State in such a difficult position of signing a one-sided, lop-sided agreement,” he said.

“This mess has been created from 2007 and, the people of the state, this government and the MeECL (Meghalaya Energy Corporation Limited) have to bear the brunt,” Sangma added.

Furthermore, he said that the then government had agreed to a provision that states that the agreement would be valid for the next 25 years from the last unit that was installed at Bongaigaon Thermal Power Plant of NTPC.

“Which means from the installation of the last unit, which was done in 2019 till the next 25 years, that is 2044; this agreement will be valid,” he said.

Pointing out the “concerning part” of the agreement, Sangma said, “If we continue not to take power from NTPC, which we are doing right now, we have to pay them Rs 133 crore for nothing and, this will go on for next 25 years. So, if we do the calculation, Rs 3,325 crore will have to be paid by MeECL for not drawing power from NTPC.”

“I fail to understand that if you sign an agreement like that and, then you come here and question the intention of this government, it does not make sense. It is like ‘putting axe on your own foot’… I still don’t understand how a responsible government would ever do that,” he said.

The Chief Minister further said that a detailed process and discussion are going on with NTPC where the government is trying to negotiate with the Power Corporation.

“We told them that this agreement and clauses are unreasonable, and this discussion has been going good. Now, NTPC has agreed that once the Letter of Credit (LC) is again put in place, the clause that stops us from buying power from other companies, will be lifted,” he added.

The Chief Minister said that once the LC is in place, NTPC wanted a commitment from the MeECL and the Power Department to provide the break-up of the amount to be shelled out from the 2nd instalment of the first tranche of the Atma Nirbhar Bharat scheme loan of Rs 1,345 crore availed by the Government of Meghalaya.

“We had taken Rs 384 crore in the first tranche of the Rs 1300 crore approximately and, out of this Rs 384 crore, Rs 100 crore was paid directly from the REC to NTPC... The MeECL and Power Department have given a break up of tentatively how much they will give to NTPC from the 2nd instalment,” the Chief Minister said.

Earlier, Congress MLA from Rangsakona Zenith Sangma had moved a motion on the “failure of governance and deterioration of law and order in the State”.

“The name and fame of Meghalaya are destroyed in the preceding years. Now Meghalaya is known for all the wrong reasons. Since this government took over, we see a failure of law and order in the State,” Zenith said.

Zenith listed a series of incidents that rocked Meghalaya in the past few years which include – the Them Metor issue and attack on social activists, Agnes Kharshiing and Anita Sangma in 2018; the attack on police personnel at Umiam Police Station and anti-CAA protest rally leading to a clash at Ichamati in 2019; and the recent Umoid incident at South West Khasi Hills where six construction workers were attacked leading to the death of one.

“There is lawlessness across the State… How can people feel secure? How can investment take place? How can the economy take place?” Zenith asked.

The Rangsakona MLA launched a scathing attack on the NPP-led Meghalaya Democratic Alliance (MDA) government over the load shedding issue and demanded that power is restored.

When it comes to coal mining, Zenith alleged that the government is always in a “denial mode” adding that the State has been "robbed of" the royalty which, could have been added to the State’s revenue.