The CEM added it was a known fact that the GHADC had a major issue with corruption and this reform would ensure that was minimised. 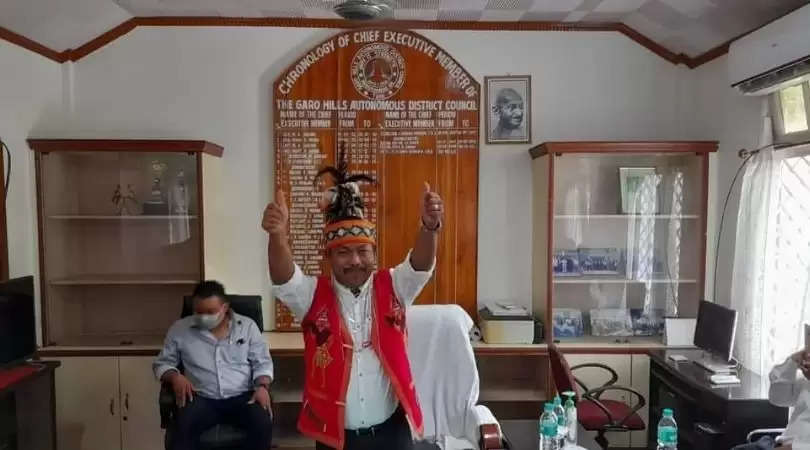 Newly elected Chief Executive Member (CEM) of Garo Hills Autonomous District Council (GHADC), Benedict Marak said his vision for the GHADC was to reform the organisation and he and his newly elected colleagues were fully committed to the cause of reform.

“We will work with all stakeholders in the process and are committed to reforming the GHADC,” Marak said.

The CEM added it was a known fact that the GHADC had a major issue with corruption and this reform would ensure that was minimised.

Marak, later this evening, met senior members of the Non-Gazetted Employees Association (NGEA) which has been at loggerheads with the GHADC administration over the non-payment of their over 33 months’ salaries.

They however were not swayed to call off the strike, despite assurances from the new CEM.

“I understand their situation, but we all need to get back to work or revenues will be hit. I just want to assure them we are looking at clearing all their dues at the earliest. As a sign of my commitment, I state that until their salaries have been paid in full, I will not accept my salary and will only take a token Rs 1 as payment,” he stated.

He further thanked his colleagues for putting their faith in him and asserted that working together on the issue would help in taking the GHADC to the heights it had reached in its glorious past.