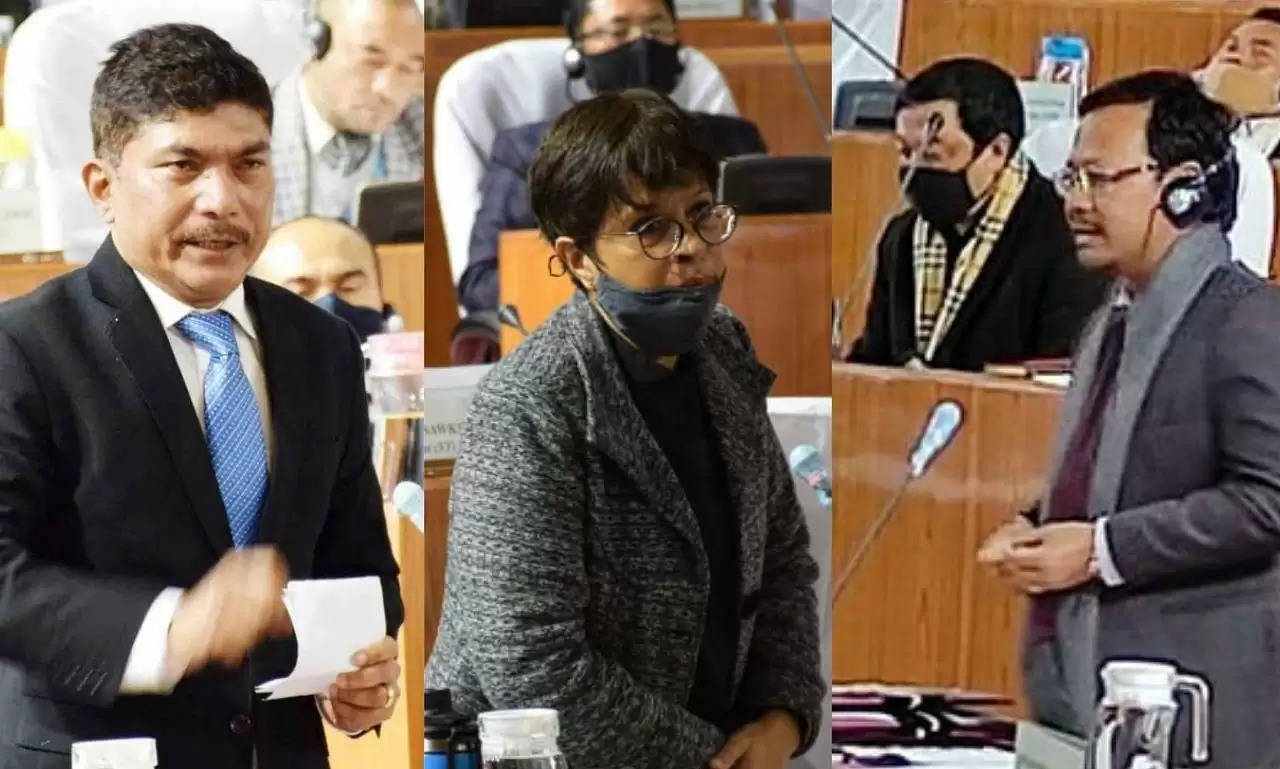 Meghalaya Power Minister James P.K Sangma, on Wednesday, told the Assembly that the Meghalaya Energy Corporation Limited (MeECL) had recovered Rs 19,02,47,452 of the Rs 554.72 crore of outstanding dues from customers through the One-Time Settlement Scheme (OTSS).

Replying to a question raised by Umroi Congress legislator George B Lyngdoh, Sangma said that from the outstanding dues collected from consumers, they recorded the highest in West Jaintia Hills with Rs 9,47,27,905 followed by Ri Bhoi district with Rs 7,25,45,196.

MeECL collected only a few lakhs from the other districts, Sangma said, adding that the lowest repayment of dues is in South Garo Hills.

The Power Minister said that the low collection in the other districts could be because of the lack of awareness among the people about the OTSS.

“The MeECL will disconnect the electricity of the consumers who cannot pay their outstanding dues,” he added.

Sangma said MeECL allows consumers to pay 30 per cent of the outstanding dues through the scheme.

“We have extended the period for availing this scheme till March 31, 2021,” he said.

He also stated that over 3,152 customers availed the OTSS.

Congress legislator from Rangkona Zenith Sangma questioned why the Secretary in charge of the Power Department, who has the second-largest share in the holding company (MeECL), was not included in the Board of Directors.

He asked why only three people were included as members of the board with the Chairman-cum-Managing Director (CMD) and the Director of Finance being the same person.

In response to this, Power Minister James Sangma said that shareholding and the board are two different things, and everything is being done as per the Company’s Act.

“The post of Director Finance, as per practice in the past, has been an officer of the Meghalaya government and the MeECL has written to the government to provide an officer to be placed as Director of Finance. Unfortunately, the Department of Personnel has expressed its inability to do so because of a shortage of officers,” Sangma told the Assembly.

“The MeECL is exploring options whereby a Director of Finance can be sought based on a lateral entry,” he added.

When the Congress legislator asked for a copy of the letter submitted by the MeECL to the government, Sangma said, “I am not sure whether it is a letter or a noting. If the letter is there, I will place it on the table of the House.”

Reacting to this, Zenith lashed out at the Power Minister by stating that “whatever it is, it could (be) a letter or a noting, a copy should be placed because in the government, for the sake of replying, they are replying with no authentication.”

“I do not understand what the member means by saying for the sake of replying. He is insinuating irresponsibility by the government,” Sangma replied while requesting expungement of the statement from the proceedings of the House.

Sangma also informed that the government has its representation in the MeECL as shareholders.

“Right now, we have an independent director who is always a nominee from the government,” he said.

“It is unnecessary for the members to be there on the board of directors. The board is there for the nitty-gritty, day to day functioning,” the Power Minister said in response to a supplementary question raised by Zenith on the absence of representatives from the Finance and Planning departments in the Company’s Board of Directors.

Congress legislator from East Shillong M Ampareen Lyngdoh asked whether the government would “exercise its mind in bringing in technocrats for necessary checks and balances.”

“We are examining this. The post of Director Finance (is being sought) based on lateral entry because that would bring in a lot of value to the Corporation if we bring in a person who has rich experience,” Sangma said.